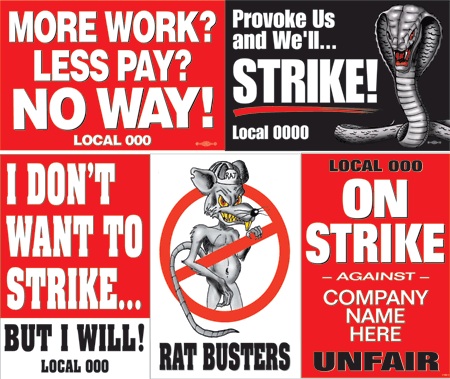 At a time when the US economy growth figures this week showed a 2.8 percent increase, union membership in the USA also grew slightly last year, giving unions some hope that a period of decline, lead by job losses and an all out war on unions by right wing federal administrations and companies finally has perhaps bottomed out.

The number of unionised workers increased by about 50,000 to almost 14.8 million in 2011, the US Bureau of Labour Statistics has reported. The increase comes after unions lost almost 1.4 million members during the previous two years.

Despite the membership gains, unions’ share of the overall work force fell, from 11.9 percent to 11.8 percent, as state and local governments trimmed thousands of jobs to address budget shortfalls. That’s the lowest percentage of union workers since the Great Depression in the 1930s.

For states such as Michigan and Ohio, “the two sectors to look at to explain any of these changes is manufacturing and government,” said Bruce Pietrykowski, a professor of economics at the University of Michigan at Dearborn.

Car production, which enjoyed a revival in 2011, is vital to both state economies, but in different ways. Most jobs in that industry in Ohio are in motor vehicle parts manufacturing, which is less unionised than assembly, Pietrykowski said.

Nationally, unions saw losses of about 61,000 workers in government employment. But they grew by 110,000 workers in the private sector, mainly in construction and health care. Despite that growth, unions still represent just 6.9 percent of all workers at private companies, unchanged from 2010.

“The devastating losses from 2009 and 2010 have stopped and that’s got to be good news for the labour movement,” said John Schmitt, a senior economist with the Centre for Economic and Policy Research in Washington. Schmitt said another positive for unions is that private-sector membership grew at about the same rate as overall job growth.

Union membership has declined steadily from its peak of about a third of all workers in the 1950s, and about 20 percent in 1983. The losses have been especially steep in private industry with the loss of manufacturing jobs that traditionally were heavily unionized.

“It is telling that as our country begins to recover the jobs lost during the Great Recession, good union jobs are beginning to come back,” AFL-CIO President Richard Trumka said.

As private-sector union membership eroded, unions have turned increasingly toward workers in state and local governments, where there often was less resistance to organising.

About 7.6 million employees in the public sector belonged to a union in 2011, compared with 7.2 million union workers in the private sector. Public-sector workers had a union membership rate of 37 percent, more than five times that of private-sector workers.

But future public-sector growth in union membership is now in doubt.

States and municipalities have laid off tens of thousands of workers to balance their budgets after tax revenues plummeted in the recession. Public-sector unions also have faced open warfare from legislatures such as those in in Wisconsin, Ohio and other states that have tried to curb collective bargaining rights.

New York remains the most heavily unionised state at 24 percent, while North Carolina has the lowest union rate at 2.9 percent.

Among full-time wage and salary workers, the median weekly earnings of union members was $938, compared to $729 for non- union workers.