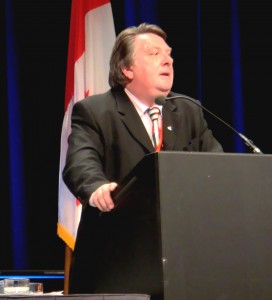 I am an Assistant General Secretary at Unite the Union, the UK and Ireland’s biggest trade union and head up the union’s manufacturing section. Previously Deputy General Secretary of the Graphical, Paper & Media Union, until it merged with the skills and professional union Amicus in 2004.

Prior to that I was the Northern Region Secretary of the National Graphical Association, having been an FOC and activist in NGA.

Currently a member of the General Council and Executive Committee of the TUC, the chair of the TUC’s Organising Academy Board as well as representing Unite on a number of International Trade Union bodies, a TUC appointed member of the board of COGENT – the sector skills council for the Chemical, Oil, Pharmaceutical, Energy and Nuclear Industries.

I am also the trade union co-ordinator and a member of the Management Committee of the Peoples Press Printing Society – publishers of the Morning Star; Chair of the Campaign For Trade Union Freedom and a member of the Labour Party’s National Policy Forum. I blog on trade unions, employment rights, international trade unions and manufacturing on Power In A Union and occasionally on other blogs including Left Foot Forward, The Manufacturer, Stronger Unions and a few others.