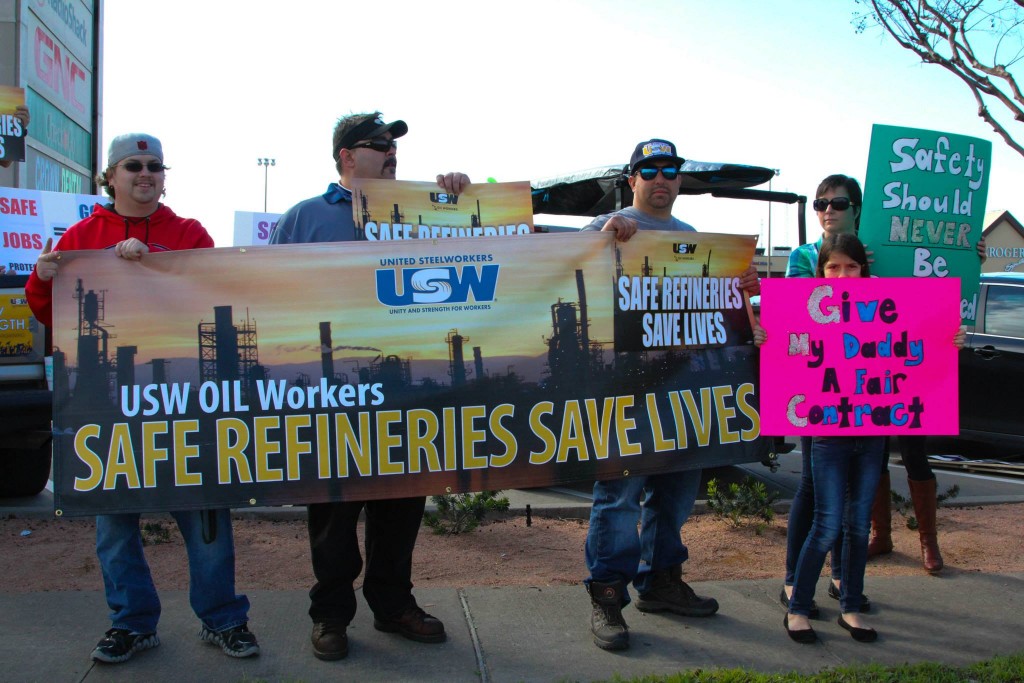 According to reports on the negotiation front, it is being reported that “it’s been a quiet week for striking oil workers and energy executives”.

The United Steelworkers added three more refineries, including the USA’s largest refinery and one chemical plant to the strikes.

Workers at Shell and Motiva refineries in Norco, Louisiana, about 30 miles west of New Orleans joined the strike.

Click here to read excellent reports on the strike in Louisiana

However Shell have issued a statement stating that: “We can confirm that Shell and USW have agreed to speak next Wednesday (March 4th) as both parties continue efforts to reach a mutually satisfactory agreement,”

Shell is the lead negotiator in the oil industry in the bargaining talks with the United Steelworkers union.

Fifteen refineries and chemical plants are on strike and the USW reports excellent support from its members and from unions worldwide.

In the U.S., the union represents more than 230 refineries, oil terminals, pipelines and petrochemical facilities in the U.S. Of those, 65 are refineries that process nearly two-thirds of the crude oil in the nation.

While the union called strikes, members continue to work as usual at the other plants that are operating under rolling 24-hour contract extensions.

For updates, photos and events visit the Facebook page.