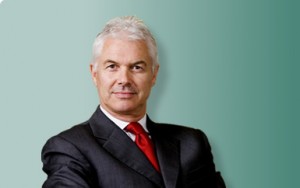 John Hendy QC - Chair of the Institute of Employment Rights

Give a listen to a BBC Radio 4 broadcast – Unreliable Evidence which explores the law relating to trades unions and industrial action.

Walkouts and secondary action are now illegal, and new legislation imposes complex rules on how and when strikes can be called.

Clive Anderson and guests, including a judge and the assistant general secretary of one of Britain’s largest unions, discuss why both employers and trades unions are now, increasingly, fighting each other in the courts.

Also taking part are the senior barristers who have represented either side in the ongoing British Airways cabin staff dispute. Alleged irregularities in the strike balloting process have already resulted in a series of court hearings, injunctions and high court appeals.

Both the TUC and the CBI are calling for reform of trades union law, but whom does the law currently favour – the bosses or the workers?

The  programme is hosted by broadcaster Clive Anderson, the Chair of the Institute of Employment Rights , John Hendy QC, is joined by David Reed QC, Sir Thomas Morrison and Bronwyn McKenna of Unison as they discuss how the law controls the actions of trades unions and employers during industrial disputes.

The programme was first broadcast on Wednesday, 5th January and is available on BBC iPlayer © until the 12th January- so I suggest you give it a listen now or download it for later!

You can listen to it here