Unite has repeated its call for the Con-Dem coalition to ‘press the pause’ button’ on the cull of some 200 quangos, which include health bodies, after a cross-party group of MPs said that the plans had been “poorly managed.” 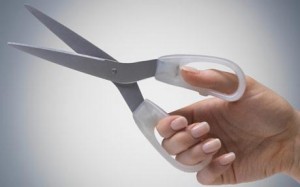 The Tory party manifesto declared its intention to cut “red tape” by a third, saving £2 billion a year and “a further £1 billion from quangos bureaucracy.” But a report from the House of Commons Public Administration Committee, has said that when pressed by the Committee on the issue, Cabinet Secretary Sir Gus O’Donnell was unable to provide any estimate of the total savings to be made.

“The extent to which the quangos reform would yield significant savings was probably exaggerated,” says the report.

The report criticises the government for having been too hasty, and failing to consult properly on its plans, saying that it needs to take a more fundamental look at which services, currently provided by the soon to be axed quangos it wants to continue to provide.

“There will be a limit to the reductions that can be made in public body expenditure unless a political decision is taken for these organisations to do fewer things. We do not believe the Government has used this review to undertake this sort of analysis — another reason why the Government should have taken longer to conduct this review,” says the report.

“The lack of consultation and inconsistent application of the tests, which are themselves confusing, have led us to conclude that there was no coherent and consistent process for reviewing public bodies,” it adds.

And it suggests that the review will not meet one of the government’s stated aims of improving accountability, and if anything, may make it worse.

“The current approach is not going to deliver significant cost savings or result in greater accountability,” the report concludes.

And it adds that that the removal of quangos contradicts the much touted concept of “the Big Society,” in which the public can challenge public bodies. It is much easier for this to be done when there is an identifiable body to engage with, says the report

Len McCluskey Unite General Secretary said: “It appears that the coalition is intent on pushing ahead with its plans, regardless of the stinging criticisms from this respected parliamentary committee, which means that ministers are refusing to take account of the expert advice of the professionals and the conclusions of elected MPs from across the parties.”

Unite is calling on the government rethink the reasoning behind the Public Bodies (Reform) Bill, which has all the hallmarks of being rushed and ill-thought-out, he said.

“The fact that the government, which has been in office for nine months, is still unable to say how much will be saved by this exercise speaks volumes for its ability to formulate coherent policy. This is a massive upheaval affecting the services provided to the public for no apparent reason,” he added.

The revelation that the Government can’t say how much would be saved shows that the decision to close so many so-called quangos shows this is another ideological onslaught by Tory ministers irrespective of the effects on jobs and the public.

On of the “quango’s” under review is Remploy Ltd which provides employment for thousands of workers with disabilities.