Combating the coalition: how Ed can get ahead in 2011 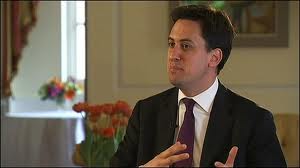 Ed Miliband - Needs to connect to the unions

Here is an excellent article by Mark Seddon former editor of Tribune as Ed Miliband completes his first 100 days as Labour leader.

“There is an overriding task for Labour as 2011 begins against a backdrop of redundancies, cuts and general depression. It is to mount a passionate and effective opposition, aimed at the heart of  the beast – the millionaires’ row that is the Conservative-led Cabinet – and to flesh out in bold terms what Labour’s alternative is. Ed Miliband cannot afford to leave the page blank for long. He has to stand for hope and constructive policies to sort out the mess we are in.

That much ought to be obvious. Yet Labour has still to act on it fully. Labour has been trying to find its collective feet, since the worst election drubbing since 1983. The party has a new leader who understands – even if some of his peers do not – that the New Labour days are over since they are irrelevant to these times. He has not been helped by some of the refuseniks from that period. They really should know better. However, in the months ahead, their influence will wane, especially if Ed Miliband is able to develop a coherent set of policies and responses to the crisis in which we find ourselves.

In order to develop that progressive alternative, we have to understand that the British people are being used as a captive social experiment, as once they were under Margaret Thatcher. To understand that broader picture, one in which the super rich are now intent on preserving their wealth and privilege, while making the working and middle classes pay, is to appreciate that the coalition Government is intent on a virulent form of free-market economics – one in which the safety net will be left in tatters. This is not the approach of Germany or of France; it is a particularly nasty English Tory pestilence. This is a race to the bottom, where only the strong will be properly protected, and towards a “global sweatshop”, where many of the certainties even of the professional middle classes may evaporate.

We may ask why the coalition has turned with such speed on many who make up its natural body of support – parents of middle-class students, white-collar workers and many others. The answer may be that they know what they want to do is deeply unpopular and so they must move hard and fast to accomplish it in the earlier part of this Parliament. Their idea is that the market and the private sector will re-employ the tens of thousands being thrown on the scrap heap. That is as far as the coalition has got and is likely to get. Unlike Germany and France, Britain no longer has a strong and productive manufacturing base, capable of finding export markets in China and the Middle East.

Labour has to dispel the notion that the deficit is largely the fault of the last Labour Government. To a significant extent the public have not bought into this view, because they know that it was the profligacy, stupidity and greed of the bankers that so undermined the pillars that once held up the edifice of Anglo-American capitalism, seen now in its true light as a destructive force. Labour needs to be able to remind people that this country has had deeper deficits in the past, and yet was still able to build a welfare state from the rubble left by the Second World War.

Ed Miliband and Labour need to reach out to sister parties in Europe and our friends and political allies in North America, in order to develop a new alternative economic strategy – one that will need to accept that one-state solutions will no longer be enough. We will need a strategy for growth, more quantitative easing where necessary, and sustained and large infrastructure projects designed to get people back to work.
And since many have already seen through the Tory mantra that “We are all in this together”, Labour needs to popularise its fairness and equality agenda. Britain is a grossly unequal country and there can be no hope for future recovery if demand has been literally squeezed from it. This makes Ed Miliband’s refusal to countenance dropping the 50 per cent tax rate on the very wealthy absolutely right.

The Labour leader’s great task is to persuade people that there is a credible and coherent alternative, that the Tories have no Plan B and remind them that, as Bank of England Governor Mervyn King put it, David Cameron and George Osborne are “inexperienced”. Given that he is hardly a veteran himself, Miliband could do with a lot of experienced people from all walks of life helping to ram that point home.

Even as Labour and its new leader have been preparing for the long road ahead, the party has been winning back local council seats and doing reasonably well in the opinion polls. Nick Clegg and the Liberal Democrats have imploded in a matter of months. Yet only a fool could imagine that Labour can simply stand back and coast to victory. The party must hone its appeal to those in the “squeezed middle” – who know exactly who they are. It also has to re-connect with Labour’s lost supporters: working-class voters who stayed away in May last year or took a gamble on other parties which have never supported their interests.

In its endeavours, Labour has powerful connections to the unions, which it needs to cherish, re-harness and develop.

No other party has this bedrock of affiliation and support. Labour’s whole organisational base and network need to be re-vitalised, giving real power back to where it belongs, while also using new campaigning techniques, especially in the new media to bypass the traditional media and re-connect with people.

Here, Labour has much to learn from the Democratic Party in the United States, but there may be some invaluable starting points. How about a weekly “You Ask Ed Miliband” show on the internet, mediated, yet real and punchy, linked to virtual town hall meetings and campaigns? Why not offer free membership to the under-25s for two years, encouraging a new generation to get involved and help make policy?

What we need over the coming months is some verve and passion, and more time spent away from the confines of Westminster by the Labour leadership. So far, Ed Miliband has shown a commendable resistance to being cajoled and bullied by diehard Blairites who want another “Clause IV moment” in the style of their hero. Don’t they realise that happened when Ed Miliband beat his brother David?

The Labour leader has been resilient when faced by the more parochial and sensational media. Perhaps he recognises that the power and influence of media moguls such as Rupert Murdoch are in decline – and now is the time to seek to bypass them”.

This entry was posted in Labour Party. Bookmark the permalink.