Under Trump’s Plan, There Will Be No Palestine 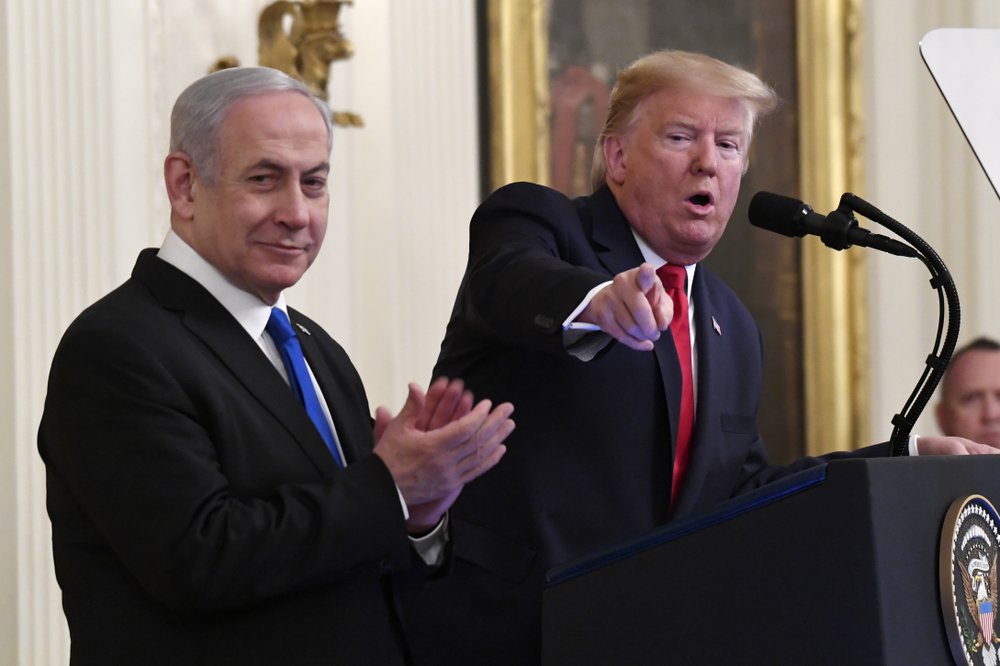 If you believe the increasingly erratic US President, the contents of his “Deal of the Century” proposals will allegedly ‘resolve’ the issue of Israel’s illegal occupation of East Jerusalem, the West Bank and Gaza by the creation of a “New Palestine.”

In fact, they will do nothing of the sort. They can be summed up as a concerted attempt to destroy the Palestinian cause by stopping all vital funding to the humanitarian agency UNRWA for Palestinian refugees, increasing the siege of Gaza, and rapidly expanding illegal settlements.

The UK government’s response to the ‘deal’ was unsurprising but still deeply disturbing. Boris Johnson told Trump it was “a positive step forwards,” whilst Dominic Raab called it “a serious proposal” worthy of “genuine and fair consideration.”

In reality, under Trump’s plan there will be no Palestine — merely a glorified municipality, with no army or coherent borders.

In the plan, the land currently militarily occupied by Israel would be divided up. Israel could annex all the settlements and land it wants in the West Bank – including the Jordan valley – into a greater Israel.

Palestinians living in this area would be accorded the second-class citizenship currently accorded to Palestinian citizens of Israel. Jordan would impose guardianship over the remaining parts of the West Bank, and Egypt would govern Gaza.

International law and the UN recognise the state of Israel based on the boundaries prior to 1967 when Israel’s military occupation started. Multiple resolutions say there should be a Palestinian state, but Israel has never recognised a Palestinian state nor ever defined its own borders.

One can see why. Since 1967, Israeli authorities have denied that the Geneva Convention applies to its occupation and therefore it can annex territories under its military control.

So, by what criteria should the Trump deal be judged? Dictionaries define a deal as an “an agreement entered into by two or more parties for their mutual benefit.” By any definition of a deal Trump’s fails — there is no agreement or mutual benefit.

Through the force of armed and economic power it is intended to impose the deal on Palestinians as a one-sided attempt to systematically destroy and take off the table their collective rights under international law.

History has shown that bilateral negotiations between Israel and Palestine are inherently unequal — with the US, as Trump is showing perhaps more than any other President, the dishonest broker and enforcer.

There is then a very real risk of Palestine being forcibly carved up and atomised before our eyes and the ‘deal of the century’ must be firmly opposed.

As TUC Congress passed last year, the labour movement should “oppose any proposed solution for Palestinians, including Trump’s ‘deal’, not based on international law and UN resolutions recognising their collective rights to self-determination and to return to their homes.”

This means recognising (in the words of the Labour Party Conference motion) that “the proposals in Trump’s ‘deal of the century’are a one-sided attempt to impose an unjust outcome destroying core Palestinian rights.”

There will not be a just solution if the solution proposed is not based on the consent of the Palestinian people, including by recognising their international rights to self-determination and to return to their homes. It is not a solution if it doesn’t recognise equality for all.

We must therefore have a strong and determined show of solidarity to confront the Trump sponsored ‘Deal of the Century’, including from the Labour Party itself.

This entry was posted in Media, Trade Unions. Bookmark the permalink.