Heading For No Deal As Johnson Blocks Level Playing Field 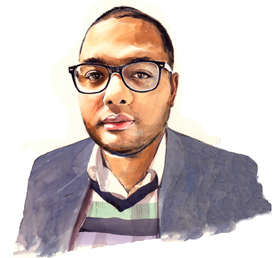 ‘The prospects for no deal remain very high’.

Boris Johnson will formally abandon his commitment to a level playing field with the European Union after Brexit, the Telegraph reports.

The only real genuine victory that Boris Johnson enjoyed in the withdrawal agreement talks was in the moving of the sections committing the United Kingdom to signing up to a stringent set of shared rules and obligations from the legally-binding withdrawal agreement to the political declaration, which has no legal force. One reason why the European Commission and member states were relatively relaxed about that is that they thought that they would be able to use the next stage of the talks to force the level playing field back into the legal body of the free trade agreement.

What’s more significant is the government hinting that it won’t be building the required infrastructure for customs checks between Northern Ireland and Great Britain – because that is a legally-binding part of the withdrawal agreement.

In reality, all we’re seeing at this stage is a reiteration of the central division in the free trade agreement – the British government thinks that it ought to be able to secure the same level of market access as Canada for the same level of regulatory alignment, the European Commission and member states think that because the UK is larger and nearer it needs to have a stricter and tighter degree of regulatory alignment for the same deal.

The most significant development isn’t at the British end – it is the changes made to the European Commission’s mandate by member states. There are significant changes between the draft and they all go one way: to toughen rather than loosen the level of regulatory alignment between the EU and UK in any trade deal.

All just posturing at the start of a negotiation? Well, a little bit. The two negotiating partners start much closer together than Theresa May and the Commission did. But that final gap may be much more difficult to bridge. Boris Johnson’s preferred end state has big implications for the level of EU-UK trade anyway – which means that at the EU end, the incentive to soften position is not particularly large. There is not a great prize on offer, economically speaking.

And at the British end, that in many ways, the negotiation is a choice between a trading agreement that looks like no deal that begins with a degree of disruption and chaos at the British end, or a trading agreement that ends up looking like no deal minus the disruption at the start.  That, too, means that the government may well conclude that with four years between 31 December and the next election, the incentive to blink is pretty small for them, too.

The prospects for no deal remain very high.