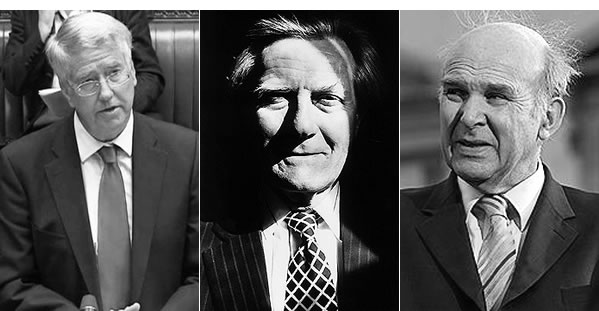 The lack of any coherent manufacturing and industrial strategy from the current government is proving to be a disaster for the UK economy.

Michael Fallon’s public jibe against business secretary Vince Cable last week, at the annual Institute of Directors dinner in London, might have raised a few smirks, but it says much about the directionless path the government is treading – a road to nowhere. There is a lack of coherency at the very heart of government.

The lack of any manufacturing strategy is now turning into a crisis.

Without a strong manufacturing base, there can be no rebalancing of the economy (supposedly a lynchpin of government policy). Manufacturing continues to suffer and the “green shoots” of recovery we were supposed to see are being trampled underfoot by a growing army of highly skilled workers heading for the dole queue.

Besides taking a side swipe at your boss and introducing legislation to make it easier to sack workers, ministers like Fallon have no comprehension of the tasks that need to be undertaken.

Michael Heseltine’s long awaited report, ‘No Stone Unturned’ (pdf), received a positive response from industry and manufacturing unions. David Cameron welcomed the report, but since its publication there has been stony silence.

The Heseltine report rightly criticises the lack of any real government economic and industrial growth policy and its failure to take urgent action in developing a manufacturing policy.

Heseltine also argued for a pro-active approach to Europe. The current government policy is creating instability amongst manufacturing companies.

The government’s pandering to their anti-EU brigade, and the consequent uncertainty this causes, led The Observer to comment recently that one of the reasons why the BAE-EADS merger failed was “Partly because Germany now anticipates Britain leaving the EU, that Berlin vetoed BAE’s deal with the defence giant EADS. It did not want Europe’s defense industry to be concentrated in a non-EU member.”

No doubt ‘No Stone Unturned’ will be left to gather dust on a Whitehall shelf.

Last week, in a Labour-initiated debate on industrial policy and manufacturing (pdf), MPs, lead by Jonathan Reynolds MP, as well as praising the revival of the UK’s automotive sector, raised the damage the continuing lack of a coherent policy was doing – citing job losses at the Coryton Oil Refinery in Essex; at Ford; and at Manganese Bronze in Coventry.

As one Labour MP, Kelvin Hopkins, stated: “Look at the comparable 2006 figures from Germany and Britain, to see that manufacturing comprised 12.4% of our economy in Britain and 23.2% of Germany’s economy – almost twice as much. Germany is indeed the economic powerhouse of Europe, and one can see why. During the period 2000 to 2010, the UK share of world trade fell by 28%, whereas Germany’s fell by a mere 3%.”

That’s because Germany has an industrial strategy that is interventionist. As Heseltine pointed out in his report, governments can intervene, as many Europeans do.

However, he also said: “Whenever the words industrial strategy are uttered the retort of interventionism and picking winners is usually not far behind. But what is the alternative; to start picking losers?”

That’s exactly what the current government is doing in not getting a grip on manufacturing policy,allowing drift and the un-balanced economy to continue in the hope something will turn up.

Also adding to the number of jobless in manufacturing industry last week were the 12,500 jobs at risk following Vion’s announcement to sell off its food operations. Nine hundred jobs were axed by Premier Foods, the makers of Hovis. Tata Steel declared 900 job losses. And the threat to one of our few shipyards was mooted, (once again in the press) by Nigel Whitehead of BAE systems.

Whitehead said: “We anticipate that there will be a reduction in footprint and we anticipate… that part of that might actually be the cessation of manufacturing at one of the sites.”

All this led to Unite’s Len McCluskey saying we had a: “…jobs carnage wrought by this government’s bungling handling of the economy. Osborne’s heralded private sector led recovery is a pipe dream as retailers and corporations continue to retrench and consumer confidence goes through the floor.”

The coalition government needs to work out what is happening. It has a chance with the autumn statement to change course. Somehow, I doubt if it will.

This blog was first published on Left Foot Forward on November 26th.