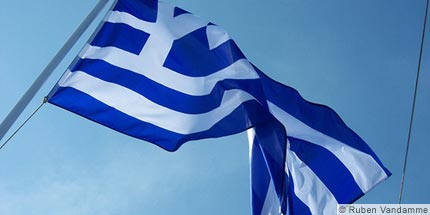 The following is a statement by the International Liaison Committee of Workers and Peoples (ILC). Stop the prosecution of Nikos Photopoulos and his comrades from the GENOP-DEH union immediately.

We have just been informed by representatives of the Greek public power company union GENOP-DEH of the repression affecting 15 Greek members of the GENOP-DEH union.

On 24th November squads of riot police (MAT) stormed the power company’s offices in Mesogeion Avenue, Athens and violently cleared it of workers and trade unionists who had been staging a sit-in for a few days. The offices are responsible for cutting off the electricity supply to the thousands of working-class families that are refusing to pay the new property tax imposed by the Greek government by order of the Troika (IMF-European Commission-European Central Bank), which is being levied through the electricity bills. The same offices are in charge of cutting off the supply to the thousands of families which, due to the crisis, can no longer pay their bills.

On 30th November, fifteen trade unionists, including GENOP-DEH General Secretary Nikos Photopoulos, appeared in court, charged with “obstructing the forces of order” and “obstructing the correct functioning of the public services”. They face prison sentences of 6 months to 5 years without remission. On the eve of a new general strike called for 1st December by the trade union confederations GSEE and ADEDY, the government has decided it would be wiser to hold fire, and the court has postponed its ruling until 10th January 2012.

No worker, no labour activist and no democratic labour organisation can accept this threat of repression, which would be a blow against all labour and democratic rights .

This is why the International Liaison Committee of Workers and Peoples has decided to inform all labour organisations around the world of these extremely serious facts, and to invite them to build on the efforts, in whichever form they see fit, to demand that the Greek authorities immediately drop the legal proceedings against the GEOP-DEH union members, and to express their solidarity with them.

You can send messages of support and solidarity to GENOP-DEH Union :

Or write to the Greek Prime Minister Papademos