Cameron sells out UK manufacturing for his loony backbenchers 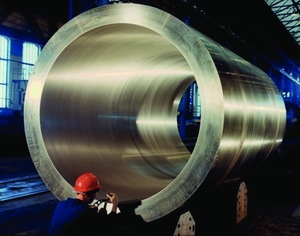 The decision by David Cameron to isolate the UK from the rest of Europe and cave in to the Tory Party headbangers may further damage our already hard pressed manufacturing sector.

The right wing politicians and media who are rejoicing at the decision and those that argue not having a seat at the table with the other 26 doesn’t matter are wrong. After the party will come the hangover.

Now more than ever, we need strong links with Europe as our manufacturing base continues to shrink – and at a time when we could be heading back to recession. Economically, the UK could now face disengagement from the £16 trillion trading bloc.

Companies with large skilled workforces across Europe with manufacturing plants in the UK will think twice about further investment in UK manufacturing as we sit, irrelevant, on the periphery of Europe. Those companies may also have their arms twisted by their own governments as anti-British sentiment grows.

Those Tories and the media that say we can exist on a “trade only” deal with the EU are deluded.

The euro is, for many UK manufacturing companies, the currency in which they do their business and the UK will now have have no say about the euro restructuring, or on any fiscal or regulatory arrangments and trade rules.

Our trading relationships with the EU, the buying and selling our manufactured goods, are built on regulations and standards – all of which will now be jepordised. Indeed, Cameron’s decison could mean less trade, not more. Over a period of time, the other 26 countries will shape industrial policy regardless of what the UK thinks.

UK manufacturing and its workers, whose skills keep the wheels of industry turning, need stability and a clear strategy for working with the member states – instead we will face uncertainty and instability.

Cameron said this was about protecting the UK interests. In reality it was about his own narrow party political interests and about protectection of the hedge funds, the investment banks and the speculators in casino of the Square Mile at the expense of the 94,500 square miles of the rest of the UK – the real world, of real manufacturing companies, employing real people.

So much for re-balancing the economy!