Yesterday’s manufacturing figures from Markit/CIPS make shocking reading and are a damning indictment of the government’s economic policy and the total lack of any strategy to grow the economy and create jobs. The automotive sector being the only glimmer of hope – with 80% of production going for export.

As was reported in the media the Markit/CIPS Purchasing Managers’ index for May showed the second steepest fall in the survey’s 20 year history, starkly dropping to 45.9, down from 50.2 in April.  A reading below 50 normally indicates contraction. Make no mistake the 4.3 this is a nose-dive. 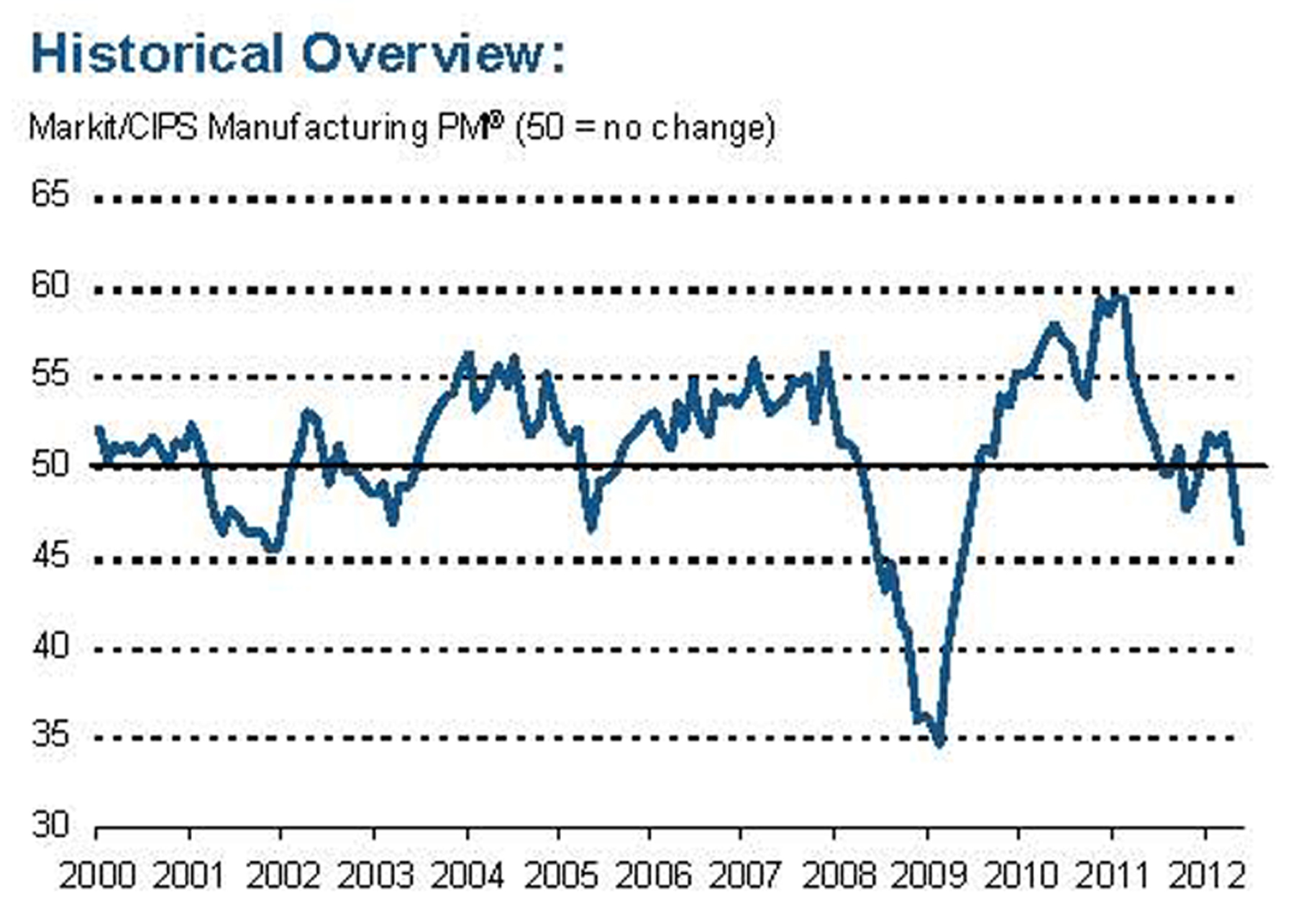 Key industries such as chemicals, mechanical engineering, textiles and electrical have been hit particularly hard.

The figures underline that the UK is now facing a broad based decline. The fact is now that the government has drained confidence out of the economy.

Further bad news came from the British Chambers of Commerce which revised its UK 2012 growth forecast down from 0.6 to 0.1 per cent.

These figures make shocking reading. George Osborne’s ‘march of the makers’ rings ever more hollow as each day passes and has ground to a shuddering halt. Confidence is drained from the economy. Livelihoods and skills are being lost while the government sits on its hands with no strategy for growth in the face of the euro crisis.

Overseas orders have slowed for the second month in a row.  Unite union reps and members are telling us that some companies are ‘battening down the hatches’ with order books beginning to collapse at a faster rate than export orders.

With more job losses being announced recently at BAe and the Coryton Refinery – we cannot rely on car manufacturing to pull us through.

The Government is content to sit on the sidelines and watch British manufacturing decline when it should be intervening to boost the economy.

Manufacturers are asking when is the Government going to wake up from this torpor and get on with things that matter rather than meddling around with people’s employment rights and making it easier to fire workers.

None of this will aid growth nor will it will create the stimulus that industry needs to pull the economy out of decline.