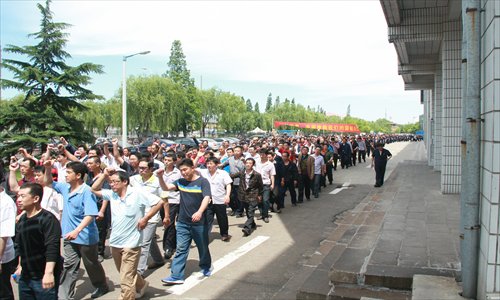 Manchester United, the football team I have supported most of my life, has this week signed a deal with Apollo Tyres, India’s second largest tyre maker to become Man United’s ‘official tyre partner’ in the UK and India.

Like many football clubs Manchester United have official partners for everything these days (including in United’s case a preferred noodle supplier).

It is not known how much the deal is worth to United, but it will see Apollo producing football based ‘play zones’ constructed from used tyres. These rubber-based pitches will be open to young people from local communities in the UK and India, with the aim of encouraging them to take up sports and have a more active lifestyle. Very worthy!

Apollo Tyres logo would not appear on United’s kit but the company logo will be there on the club’s website and Apollo Tyres will be free to use ‘certain players’ of Manchester United for their marketing and promotion campaigns.

But lets look at what Apollo is upto in a merger – take over deal may effect its workforce worldwide and how workers are responding.

Apollo is currently in the midst of a deal to buy Cooper Tires, a US tyre maker based in Ohio (with a plant here in the UK at Melksham near Bristol).

Apollo and Cooper are jointly borrowing a massive $2.5 billion in new debt from four investment banks, (which include Deutsche Bank and Morgan Stanley) to fund it. Analysts have expressed concerns about the huge debt Apollo is running up to clinch the deal.

Cooper’s earnings are 2.5 times that of Apollo, leading one Indian analyst, Surjit Arora at Indian brokerage firm Prabhudas Lilladher to say: “The market will not like the huge leverage being taken by the company. We believe Apollo could have bitten off more than it can chew”.

Indian consultancy LKP Securities considered the merger “over ambitious”, as the combined company is expected to bring $80 million to $120 million to Apollo’s revenues annually amid sluggish global demand.   “Though Cooper seems like a good strategic fit, Apollo is paying a huge price for it, and hence gaining synergies and the timeline of achieving it is important,” LKP said.

The new loans will take Apollo’s net debt in India to up to $800 million and the annual servicing cost of the new debt is estimated to range from $6 million to $7 million, media reports said. The debt-to-asset ratio of Apollo is very high, which is likely to strain the balance sheet if the merger is concluded.

“Our view from the start is that this is a very brave, if not stupid, move by Apollo, and even more so given India’s current troubled times,” said Anil Singhvi at Institutional Investor Advisory Services, a Mumbai-based group that represents minority shareholders. “Their decision to fund it through debt  will now present a daunting task for both sides.”

In the USA, the United Steelworkers have expressed concern at the take over and its effect on their members jobs and employee pension benefits in Ohio and Texarkana, Arkansas. The Steelworkers have also begun organising non-union workers in Tupelo, Mississippi. Click here to read Cooper’s response to USW organising campaign.

Three retired senior executives of Cooper Tire & Rubber Co. have charged the Cooper company of “corporate greed” in the takeover deal which they say will endanger the 99-year-old company, workers jobs, pensioners’ benefits, and the town of Findlay’s well being. link

In Durban, South Africa Apollo have unilaterally imposed a cut in working hours which reduces workers incomes by upto 50%. Click here to read a Workers Uniting letter to NUMSA.

Workers at Dunlop Zimbabwe in Bulawayo downed tools in protest over the company’s failure to increase their salaries since 2009. The strike was triggered by the management’s refusal to negotiate a pay rise amid reports that the lowest paid worker receives $108 per month. According to the workers, the company’s human resources manager told them that management had to ‘seek permission’ from its sister company –  Apollo South Africa.

“The human resources manager told us that he has to ask for permission from South Africa before management could engage us in salary negotiations and he said the wait could be up to three months,” said a worker.

The demonstration comes at a time when the tyre manufacturer indicated last month that it had increased its capacity utilisation to close to 50 percent which is sustained by an increased demand of its tyres on the export market. Recently, the company introduced a new brand of tyres from Netherlands following revelations that Apollo Vredenstein, which owns a majority stake in the company, had purchased six new presses for the production of high quality tyres with the intention of buying 18 more to increase production volumes.

Meanwhile Chinese workers have stepped up their campaign to scupper the merger deal warning of continuing disruption at a joint venture that is a central element of the $2.5bn deal. The Chengshan Group operates a large factory in Shandong province with Cooper Tire.

Chinese workers at the joint venture went on strike shortly after the deal was announced, and have asked a local court to dissolve the venture with Cooper. It is the first time Chinese industrial action has targeted a large offshore acquisition involving two foreign companies, exposing a new risk for multinationals operating in the country.

Chengshan managers and the Chinese workers complain that they were not consulted over the Apollo offer. They also argue that the deal will burden their prospective Indian owner with too much debt and result in a clash of corporate cultures.

The union representing the joint venture’s 5,000 workers said they would “not welcome” senior Cooper managers to their factory. The workers agreed to resume their shifts at the weekend, but insisted that they would only produce Chengshan tyres while boycotting any work on Cooper Tire branded products.

“People are angry that Cooper Tire has refused to respect the union and employees’ right to information, to make suggestions and to participate in democratic management of the factory,” the workers said in a statement. “As long as Cooper does not respond to our legitimate concerns in a reasonable and satisfactory manner, the strike will continue.”

Cooper and Apollo both say that the strike will not derail their deal, which they expect to complete by the end of the year.

So watch this space. In the meantime, unions in Cooper and Apollo worldwide are mobilising.