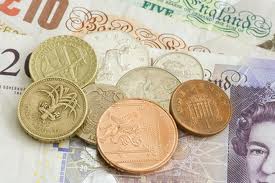 A couple of weeks ago the right wing media went into “Booming Britain overdrive”! The impression given was that the worst of the crisis was over. High Street spending was up; well paid jobs were to be plentiful; companies were hiring again; apprenticeships abounded; money was flowing through the economy and job losses had melted away like the morning mists.

Some thoughtful commentators saw through the voodoo spin and warned that rather than re-balancing the economy, Chancellor Osborne was again creating a housing bubble and another unsustainable credit boom.

As Larry Elliot pointed out in the Guardian last week: “While Osborne is doing a passable impersonation of Reggie Maudling (Tory chancellor circa 1963-4 for you younger folks – TB), stoking up a pre-election boom, that’s probably not the way it will look over the coming months. It will take time for the dangerous side-effects of ramping up housing demand to become apparent”.

As for new jobs? Job creation is based on an increase in precarious work, zero hours, agency and temporary work, part time mini jobs, with families having to work two, three and more jobs just to bring in enough money to manage. See the TUC’s Duncan Weldon on ‘regular pay growth’.

Now data from the Bank of England shows that consumer credit grew in July at its fastest pace since December 2008, as working people, facing wage stagnation, increases in the cost of living, prices outstripping wages are resorting to loans and over drafts to keep pace with the cost of living and in many instances resorting to paying ‘loan shark’ interest rates through pay day loan companies.

According to BoE consumer credit increased by £600m in July, up from £400m in June. The bulk of the increase was in “other loans and advances”, which includes overdrafts and personal loans. These were up £500m, compared with an average monthly increase over the previous six months of £200m.

Data from the BoE shows that the 3.5% annual increase in consumer credit, which includes borrowing on overdrafts, credit cards, unsecured loans, was the most rapid increase in four and half year.

Much of the borrowing is based on personal loans with average rates of more than 7%, interest (compared with the Bank’s base rate of 0.5%). Ann Pettifor in the Guardian recently described this as an fulling an an unsustainable, “Alice in Wongaland” recovery.

Real wages are falling and the savings of families are being eaten into – just to meet the monthly bills.

Intrestingly, pay deals in the private sector where workforces are able to bargain pay increases are now falling just below CPI inflation which stands at 2.8%; RPI inflation the figure still used in pay bargaining fell to 3.1%.

The EEF (the manufacturing employers body) says that average settlement levels for up until may were 2.4%. We won’t get a clearer picture until we see pay settlements in the next pay cycle – in manufacturing – but from experience this may be skewed as a numbe of pay deals struck recently two years deals.

Also of concern is the fact that lending to to companies showed a small rise, of £500m, in July and small and medium-sized enterprises (SMEs) are still failing to benefit, despite the government’s Funding For Lending Scheme, which is partly aimed at channelling lower-cost borrowing to smaller firms. Lending to SMEs fell, by £900m, in July, and total lending to businesses was 3.3% lower than the same month a year earlier.