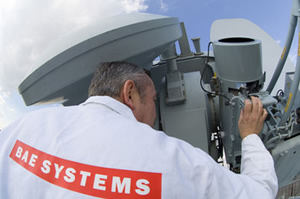 The 3,000 job losses announced during the Labour party conference show the coalition’s manufacturing strategy is non-existent and whatever strategy they had in their heads has been shot to pieces.

As news of the job losses leaked out last Sunday morning, Vince Cable and his team were again caught on the hop. The best they could say was the job losses at BAe Systems were a ‘serious knock’. In fact they represent a ‘serious disaster’ for workers and their families in the towns of Salmsbury and Wharton in Lancashire and in Brough in East Yorkshire and for UK manufacturing.

These are well-paid, highly skilled jobs that are under threat. No amount of 1980’s style Enterprise Zones will replace these jobs Mr Cable. And it gets worse. The research group Oxford Economics estimates a further 5,700 jobs will be at risk in the aerospace supply chain.

The government has also added to their woes by appalling decisions such as the Bombardier fiasco and the scrapping of Regional Development Agencies, who were previously on hand to help companies facing difficult times.

They have been replaced with toothless Local Enterprise Partnerships – the LEPs for Lancashire and East Yorkshire were the last to form these bodies in the North after rows about their composition. The RDAs – whilst not perfect – did have a remit and strategy to help with new investment (such as happened at Jaguar Land Rover in Wolverhampton) and had a remit to help with re-skilling, job transitions and support.

One of the reasons was Cable was caught on the hop again was that the RDAs’ role was shipped into Whitehall and the local radar of the RDAs has been turned off. BAe have not as yet made the business case for the job losses to the unions. But there are alternatives emerging.

“The belief among workers is that future Hawk contracts are on the horizon, with Saudi Arabia and Oman said to be considering placing “substantial” orders.”

Another idea is for the Typhoon fighter jet and make it more exportable; as Unite General Secretary Len McCluskey told the Labour party conference:

“If they don’t, UK taxpayers’ money will be spent on American equipment instead of supporting UK jobs.”

The main fear is that the government mishandles things again and allows the orders to go to the USA and India. If that were the case there would be a massive outcry – and the Government would not have the EU’s skirts to hide behind.