US Steelworkers express support for the Occupy Wall Street Movement. 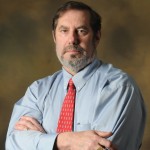 International President of the United Steelworkers, Leo Gerard has issued the following statement in support of the Occupy Wall Street protest movement: “The United Steelworkers (USW) union stands in solidarity with and strongly supports Occupy Wall Street. The brave men and women, many of them young people without jobs, who have been demonstrating around-the-clock for nearly two weeks in New York City are speaking out for the many in our world. We are fed up with the corporate greed, corruption and arrogance that have inflicted pain on far too many for far too long.

“Our union has been standing up and fighting these captains of finance who promote Wall Street over Main Street. We know firsthand the devastation caused by a global economy where workers, their families, the environment and our futures are sacrificed so that a privileged few can make more money on everyone’s labour but their own”.

This strongly chimes with statements made by Unite’s Len McCluskey who last week at the Labour Party Conference said that no form of protest should be ruled out including “direct action”.

Unite supports a campaign of resistance against the government attack on workers’ jobs and pensions by building a coalition of mass support across trade unions, community groups, churches, senior citizens groups and students.