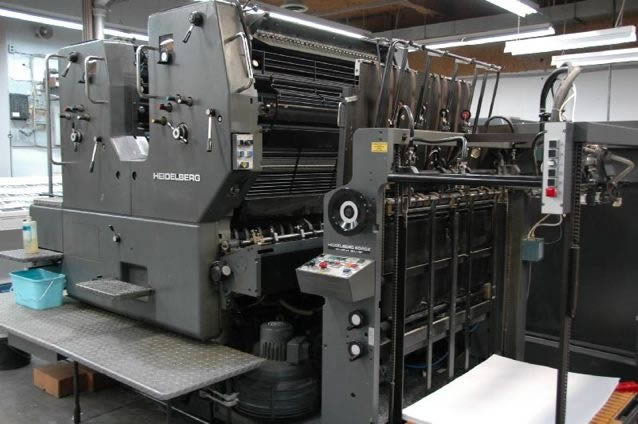 The employers federation for the commercial printing industry the BPIF last week advised the Unite negotiating panel they no longer wished collectively bargain on pay.

This shortsighted decision throws away years of history and stability. Those companies who argued and voted to end pay bargaining in commercial printing should hang their heads in shame. It is a foolish decision which threatens stability and productivity. I have no doubt that Unite members will respond firmly. Last year in the absence of a pay deal Unite racked up pay increases in many chapels – and I am confident they will respond firmly again.

There are some great people in the UK print industry, there is a skilled and dedicated workforce, some good companies, with a great history. Sadly in more recent times, we have seen a number of companies taken over by people who think they can run a business but couldn’t run a chip shop. We now have managers who think that bullying staff will get members to work harder and that attacking pay and conditions is the answer. Well it ain’t! Although I am no longer involved day to day matters in print, the GPM sector forms an important part of Unite’s manufacturing section. I look forward to saying to some affiliates of the BPIF – “I told you so” when chapels press for higher local pay deals and call for industrial action. As they surely will.

To those companies who argued within the BPIF to maintain collective pay bargaining – you took a principled position – and thanks.

Here is what my National Officer colleague Steve Sibbald had to say in Print Week.

“The BPIF’s stance on pay deal risks a fragmented industry”

We are obviously very disappointed at the federation’s response to our claim for an increase this year, although not too surprised considering that is has now been two years since an agreement on pay was part of the Partnership at Work (PAW) agreement. The real problem is that without the pay agreement, PAW will start to lose its relevance, putting it at risk.

This national agreement has a very long history, going back many decades. But two years ago, at the height of the credit crunch, the BPIF member companies decided they would not be able to make any offer due to the precarious nature that most employers found themselves in. That did not change for 2010 and in 2011 the federation has told Unite it no longer intends to have national bargaining for wages for the foreseeable future. Certain terms and conditions and practices will remain in place, but these will also be up for discussion later in the year. We believe that the national agreement has served our industry well over many years and not having it will create an even more fragmented industry.

Our stronger, better organised chapels will be rubbing their hands at the prospect of not having the constraints of a national agreement on their backs when they next go into negotiations, while the smaller and weaker chapels will be at the mercy of bad employers, which goes against all the principles of trade unionism. Our members have endured big increases in the cost of living over the past year and we intend to give them all the support they need to maintain their living standards.

The elements of the PAW that we still hope to keep in place revolve around holiday, overtime rates, sick pay and shift premiums, among others. We will go back to our members and report that there is still a willingness to negotiate on the remaining elements, but progressively PAW will cease to be relevant – it will inevitably become an archive, a document collecting dust in a drawer.

Employers have to realise that they can’t cherry-pick. They can’t expect to have structured and sensible procedures that will help protect us as an industry, but not have to give anything in the shape of a national pay agreement in return. We probably would have settled for a modest increase, simply to get the agreement back on track, but the employers have thrown the baby out with the bathwater.

I have mixed emotions: I’m angry at the short-sightedness of certain members who are prepared to see decades of stability and mutual interest disappear and sad for the large proportion of BPIF and Unite members who wanted the agreement to go on. It could be a very sad year indeed if it preludes the end of the PAW as a working entity.

In  terms of ‘the Big Society’, the BPIF has said it’s every man and woman for themselves.

This entry was posted in Unite The Union. Bookmark the permalink.