Strong support for probe into Murdoch’s bid for BSkyB 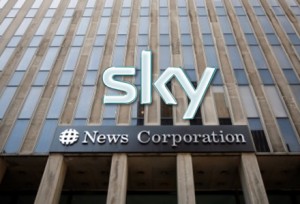 The poll carried out by ICM for a group of news and media organisations, says that 63% believed that there should be a probe into Murdoch’s bid, which would see News Corporation take over full control of the broadcaster.

Ofcom, the industry regulator, is due to provide a report to the Government on the deal later this week.

Jeremy Hunt, the Culture Secretary, who is now responsible for the decision following Vince Cable’s comments that he had “declared war” on Rupert Murdoch will then rule on whether the proposed takeover should be referred to the Competition Commission.

The poll took place before Cablegate.

Hunt has then has until January 15th to decide whether or not to refer it to the Competition Commission for a full investigation.

The survey – which was commissioned by BT, Guardian Media Group, Associated Newspapers Limited, Trinity Mirror Plc, Northcliffe Media and Telegraph Media Group – shows the depth of public concern over the proposed takeover, which was cleared on competition grounds last week by the European Commission:

· 44% oppose the deal with a mere 5% being in favour; opposition among Conservative voters was nearly as strong, with 43% opposed and just 5% in favour

· 53% of those who currently identify themselves as Lib Dem oppose the deal with just 4% being in favour.

A spokesman for the alliance of media groups said: “This deal marks a significant change of control and the public is clearly concerned. If anything, popular awareness of the issues at stake will now be substantially higher. A clear majority of the public wants a full and independent investigation into News Corporation’s bid to take over BSkyB. The Competition Commission provides that mechanism. The public’s concern that no one organisation should control too much of the news – as News Corporation would under the planned deal – is also very striking.”

“Of those who expressed a view, nine times as many people oppose the deal as support it. With 44% opposing and 5% in favour, that is a significant level of concern. Opposition is stacked against the deal among Conservative voters too.”

Yet,  Jeremy Hunt is already compromised having expressed his support for Murdoch. Hunt has said:  “Rather than worry about Rupert Murdoch owning another TV channel, what we should recognise is that he has probably done more to create variety and choice in British TV than any other single person because of his huge investment in setting up Sky TV, which, at one point, was losing several million pounds a day. We would be the poorer and wouldn’t be saying that British TV is the envy of the world if it hadn’t been for him being prepared to take that commercial risk. We need to encourage that kind of investment.”

As the NUJ have pointed out: “It does not adhere to the spirit of impartiality to transfer the decision from one politician who has expressed an opinion, to another who has simply expressed the opposite opinion”.

Hunt has two choices – to allow it to go ahead (likely) or to refer it. If he refers it the grounds for doing so are national security; whether it destabilises the banking system, or if it impacts on “media plurality”.

“Media plurality” is the favoured route – but given global networks and cross media  everything from blogging, websites, social media, broadcasters and the printed word – damage to plurality is going to be hard to prove.

Despite Cablegate, Cameron and Co would also have been expected to payback Murdoch for the support of News International titles in the general election.

It should also be remembered that 2011 sees the 25th Anniversary of the dispute between the print unions and News International at Wapping. 5000 print workers were sacked overnight. The dispute lasted a year and the result was that Murdoch was able to use the massive profits he was able to generate from the sales of newspapers, notably The Sun and the News Of The World to finance Sky TV and expand his media empire to what it is today – a global media corporation spanning film, television, cable, satellite, newspapers, magazines and book publishing with assets valued in September 2010 at £33 ($56) billion and annual revenues of £20.5 ($33) billion across the USA, Europe, the UK, Australia, Asia and Latin America.

If Murdoch does get total control over BSkyB News Corp (for £7.8bn) then expect the next move to be one deal subscriptions for his newspaper printed titles (possibly the Times and Sunday Times) or the proposed ‘The Daily’ electronic newspaper, together with Sky TV in a subscription packagage – thus further cornering the market.

Murdoch has also gone on record stating his intent to make Sky TV the British equivalent of his Fox News – politically right wing channel which is dominating US news media.