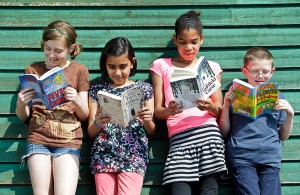 David Cameron faces fresh calls to sort out the “fiasco” of the scrapping of funding for the Booktrust scheme.

Booktrust, has been operating since 1992 and has been Government funded since 2004. It distributes children’s books to parents when their children are born and then further books at later stages in children’s development.

The programme is also partly funded by UK children’s book publishers, including Pearson’s.

The Government has been forced to perform a U-turn over their plans to axe all state funding for the scheme.

The U-turn followed tinging criticsim from “literary heavyweights” such as well-known writers including Philip Pullman and Sir Andrew Motion, the former poet laureate.

They had condemned the ConDem’s plans as “wanton destruction” and an act of “gross cultural vandalism”.

The Department Of Education was forced to issue a joint statement with Booktrust stating: “Although the current contract will end in April the department is talking to Booktrust about how to develop a new programme which will ensure that every child can enjoy the gift of books at crucial moments in their lives while ensuring we develop an even more effective way of supporting the most disadvantaged families to read together.”

Unite, who’s membership includes health visitors, condemned the decision and said it had received angry feedback from health visitors and community nurses who saw at first hand the benefits these schemes bring.

Labour leader Ed Miliband has accused the ConDems of being “mean-minded” and called on the Prime Minister to clarify how much government support the Booktrust scheme would now receive. 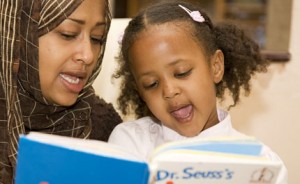 Ed Miliband has asked Cameron to explain just how much of its original grant Booktrust would retain.

“Today, the Department of Education appears to be starting to backtrack amid the outcry from parents, children and authors. But there is no clarity at all.

“It now falls to you to get a grip on this fiasco and provide some reassurance that a scheme on the lines of the current programme will be maintained, with a clear statement about the amount of investment that will be provided.”

The U-turn comes hard on the heels of hapless Education Secretary Michael Gove’s double quick retreat over plans to axe funding for the School Sports Partnership scheme in England, which had been listed to close.

Whilst this is not a full on, brake screeching, rubber burning hand brake U – turn Cameron and Co have been forced to re-think an unpopular and ill-thought through decision under intense pressure.

This entry was posted in Media, Politics, Unite The Union. Bookmark the permalink.