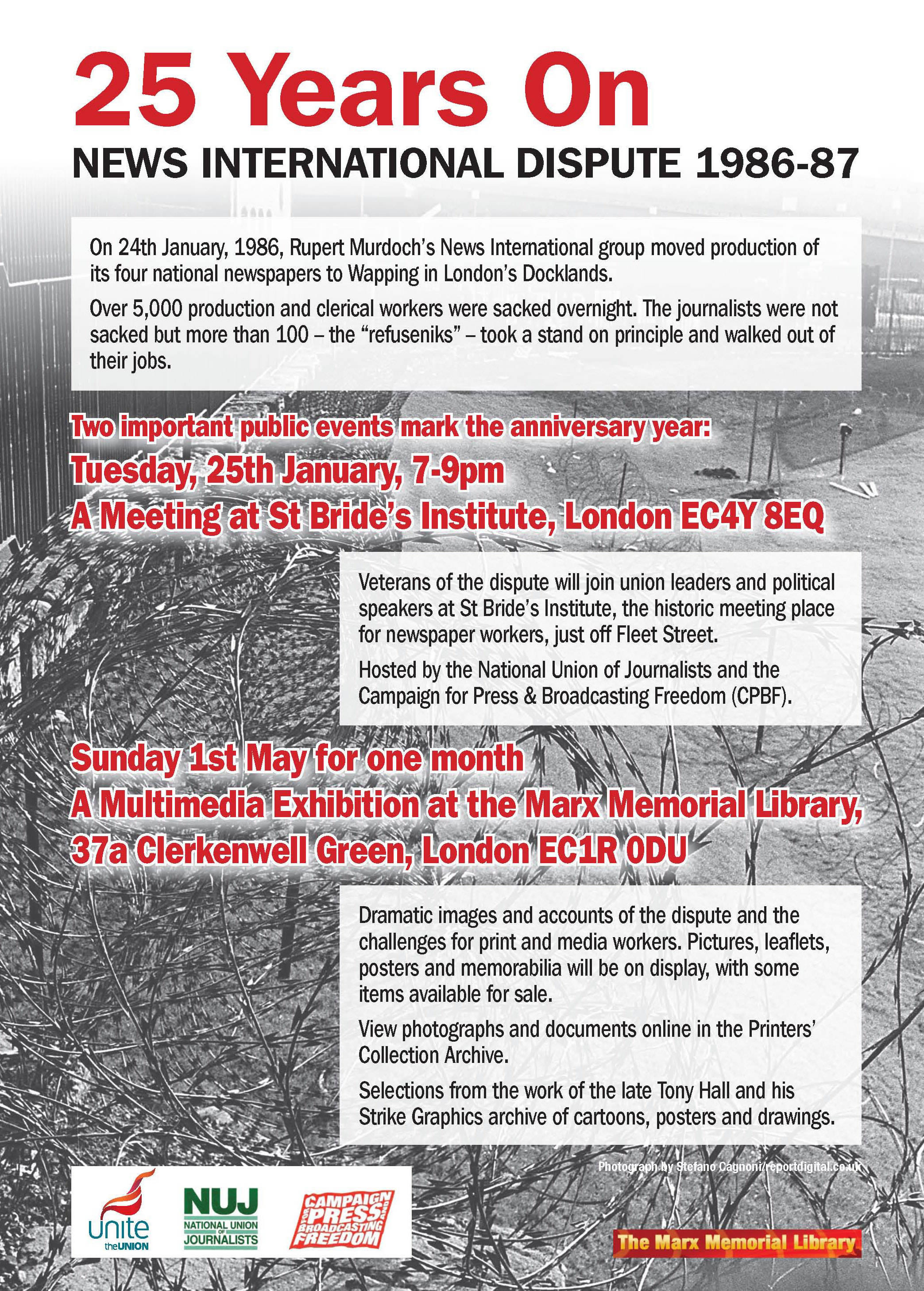 25 years ago the News International dispute with the print unions was unleashed when Rupert Murdoch moved production of his newspapers to a new non-unionised printworks in Wapping, London resulting in the sacking of over 5,000 workers.

Rupert Murdoch’s vast resources and the support of the Tory government with its anti-union laws enabled the company to build and staff the Docklands print works and dismiss the existing workforce. A year long strike failed to win justice for them, as the new plant was staffed by strike breaking labour recruited by another union in one of the greatest betrayals in labour movement history.

The High Court ordered the sequestration of the largest union’s funds and assets following distribution workers in London refusing to handle Murdoch’s papers. Other unions were fined for contempt or ordered to refrain from solidarity action.

Demonstrations and picketing resulted in many arrests and injuries to strikers and supporters.

Complaints against the police for brutality and unwarranted arrests led to investigations and inquiries.

The News International dispute occurred during a period of unrelenting attacks on UK workers, unions and communities throughout the 1980s. Jobs, conditions and union organisation were being undermined in the newspaper industry along with intensifying concentration of press and media ownership.

A number of anniversary events are being organised to commemorate the determined resistance of the sacked print workers, the NUJ refuseniks and their many thousands of supporters in the UK and abroad.

And just as important, they will relate the experience and issues of the time to the politics and circumstances of today, including the anti-union laws and the concentration of media ownership.

The first event is being organised by the Campaign For Press & Broadcasting Freedom, the NUJ and Unite. The main event organised by Unite, will be on May Day, at the Marx Memorial Library, Clerkenwell where the archives of the print unions are on permanent display. It is intended to produce a website linked to the Printers Collection, with memorabilia etc which can be accessed by visitors to the Library.