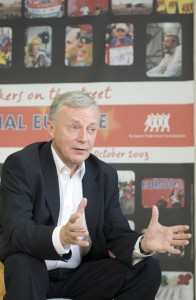 The European Commission says a new round of talks with unions and employers’ organisations relating to potential revision of the working-time directive is to take place. EU officials say that the current situation cannot continue as it is – but in doing so it appears they will only look at issues such as on-call time, rest periods and “work life balance”. There is no reference to ending the “opt-out” – a mechanism where company’s can pressurise workers into signing up to working longer than 42 hours per week over a reference period of between 17 weeks and 52 weeks.

Many workers have done so through pressure from employers, ignorance of the law, fear of reprisals, losing overtime or facing job losses.

The European commissioner for employment, social affairs and inclusion, has said: “This second consultation with employers’ and workers’ representatives focuses on examining their views so as to facilitate an agreement on revising the European Union rules on working time. The current situation is not sustainable politically or legally.

Ominously he stated that “It will not be easy but I am confident that today’s new report on the implementation of the current rules will help us move beyond past discussions and find a balanced solution that mirrors the real needs of workers, consumers and businesses in the 21st century. There is to be a first six-week period of consultation in March 2011 to gather views on the possible re-launch of efforts to change the working-time directive, which was adopted in 2003.

However, the ETUC has denounced the European Commission’s statement on working time because it did not guarantee protection for all workers.

The European Trade Union Confederation said it was disappointed by the communication of the European Commission as it showed no political will to end the opt-out and the prolongation of reference periods without safeguards through collective agreements.

The ETUC said the protection of workers’ health and safety must remain the primary goal of any review of the working time Directive.

The ETUC says that the revision must include an end to the opt-out; respect of on-call work as working time; equivalent compensatory rest being fundamental; no prolonging of reference periods without sufficient safeguards; and that maximum working time be counted per worker and not per contract.

John Monks, ETUC General Secretary said: “The acceptance of the Commission of on-call time being working time just reiterates the status quo after the European Court of Justice (ECJ) judgments under the current Directive. The fact that no end or at least phasing out of the opt-out is proposed shows that, again, the European Commission did not take seriously its obligations under the Charter of Fundamental Rights: to guarantee to every worker in the EU the right to limit his/her working hours in order to respect his/her health, safety and dignity at work. I don’t see how trade unions could approve a package that maintains the opt-out and extends reference periods without serious safeguards.