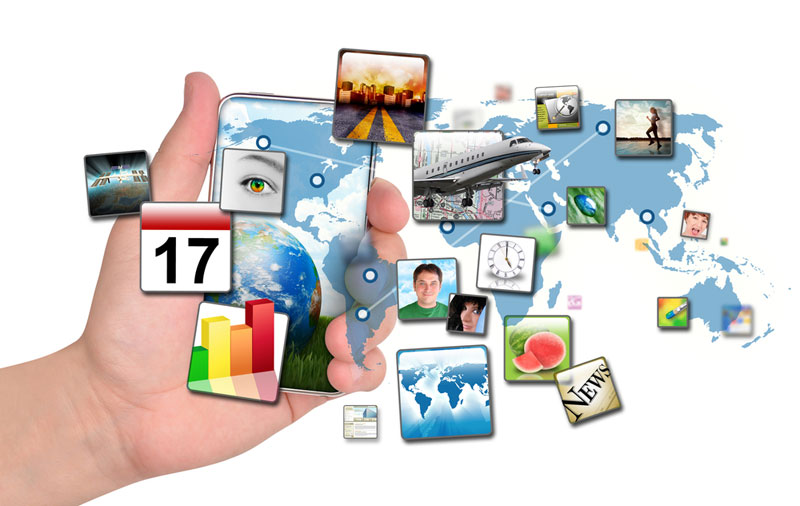 As the digital revolution gathers at a rapidly increasing pace so is the growth of new forms of employment. One of these is ‘gig workers’ – for ‘one size fits all’ buzzword for anything from service workers to technology professionals – workers who take on work and tasks which are mainly advertised on various web platforms.

The term ‘gig’ is of course well know to most people nowadays having become common vernacular among musicians and music fans to describe a show, event or performance.

But the new adaption of the term is now being used describe a work schedule consisting of short-term employment where workers are contracted for a specific project or task.

In the neo-liberal world this is of course nothing new. It is a simple extension of outsourcing, sub-contracting, franchises, zero hours, agency work and as we saw with the collapse of City Link in 2014 workers being employed as independent contractors.

Debate surrounding the ‘gig economy’ or the ‘Uberfication’ of work (named after the controversial Uber taxi service) – is growing. US presidential candidate Hillary Clinton has recently expressed concerns over what this trend could mean for workers and one right wing Republican – Govenor John Kasich of Ohio is calling for the US Government apparatus to be ‘Uberized’.

At present research by PwC, says ‘gig work’ makes up just 2% of the total recruitment market. Hilary Clinton is right to be concerned. A recent study in the USA predicted that by 2020, 40% of US workers could be ‘independent contractors’ with a forecast that ‘gig working’ will be worth nearly $63 billion globally – and £2 billion in the UK alone.

As I recently blogged on this site that digital dispruption is underway. (Unions And The Coming Digital Revolution). The new digital age will mean that parts of the general workforce will become mobile and their work will be performed done from anywhere, with the job location and the type of work are decoupled.

That means that ‘gig workers’ (ironically previously called as ‘freelancers’) can select temporary work and projects from around the world, while employers can select the individuals for specific projects from a larger pool than that available in any local location using online web based platforms such as TaskRabbit and PeoplePerHour.

The term also stretches to include ‘portfolio working’ – workers who work on a number of different projects for different organisations, and sometimes combining such activity with other employment.

Alex Swarbrick, senior consultant at leadership institute Roffey Park, says ‘gig employment’ tends to consist of two tiers with radically different working conditions. “You can characterise the workforce in this model like an hourglass. So the people at the top comprise highly-skilled workers who are relatively well paid and will work flexibly. Workers at the bottom end of the hourglass, however, are likely to be on temporary, fixed-term, zero-hour contracts and have a number of insecure, low-paid work.”

In other words, for those at the top of the hourglass it will remain an employee’s market, and at the bottom, it will become an employer’s market.

David Knight, associate partner at KPMG’s people and change practice says: “Rolling the clock forward over the next two or three years, I anticipate a groundswell of interest from employers, driven by demand from old and young alike.”

Mark Beatson, chief economist at the CIPD is more cautious. “Most forecasts tend to be over-optimistic in the short-term as change is often much slower to catch on than people expect,” he says. “But gig working may also be difficult to pick up in the statistics, especially if people are just doing a few hours here and there, so we may not see it coming for a while.”

The digital revolution has already contributed to a decrease in jobs as software replaces some types of work and means that others take much less time. Other influences include businesses taking the opportunity declare further staff reductions.

Also the entrance of ‘millennials’, (the ‘Net Generation’) – young workers who reached working age around turn of the 21st century will mean there is a pool of labour who may be willing to accept ‘gig working’  – not just because they enjoy the flexibilty and control over their careers – as some argue  – but as there is little other choice.

All of this poses problems for trade unions and how we deal with the digital revolution. With the massive growth on zero-hours working, these new forms of working such as ‘gig workers’ have no employment rights, no guaranteed income, with jobs based on bidding for work in a web platform will not be in control of their pay and working conditions and many will take on the whole business risk. 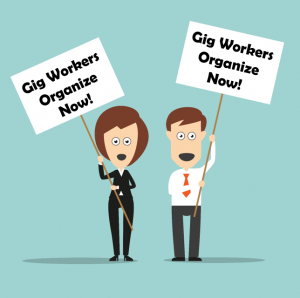 In California, law makers are already looking at the right for ‘gig workers’ and ‘on-demand’ workers to self organise with the proposed 1099 Self-Organizing Act.

Click on the above link for more information – it is an interesting idea.

Meanwhile the Tory Government say they are embracing the digital revolution – witness George Osborne’s wheeze to announce the trial soon of driverless vehicles on UK roads (probably lost in the budget debacle!).

But they are not addressing the consequences of the rapid change in employment the digital age will bring.

Labour are now looking to develop an industrial strategy through the National Policy Forums in the run up to the 2020 election.

Any new Labour strategy for industry must now include a plan on how we will deal with the question of employment and income protection before the tsunami of technology washes over us.

Labour needs to be saying ‘gig workers’ like all others – are working for an employer on conditions and pay set by the employer – even if work is found via an app or a web platform. Labour needs to be saying that they will develop a set of minimum decent employment rights that all workers are entitled to including basic guaranteed standards and a decent guaranteed wage as well unemployment benefit, sick pay, paid leave guaranteed minimum working hours and conditions rather face than a race to the bottom – an economic free-for-all which the neo-liberal economy and its supporters really want.