Why It’s Kicking Off Everywhere: The New Global Revolutions – Its the networks stupid! 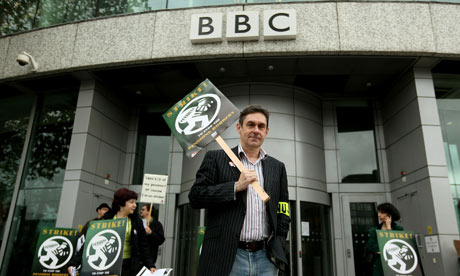 Paul Mason’s new book “Why It’s Kicking Off Everywhere: The New Global Revolutions” is out next week.  “The world is facing a wave of uprisings, protests and revolutions: Arab dictators swept away, public spaces occupied, slum-dwellers in revolt, cyberspace buzzing with utopian dreams. Events we were told were consigned to history – democratic revolt and social revolution – are being lived by millions of people”, so says Newsnight’s Economics editor journalist and broadcaster – and Northern Soul fan.

In his book, Paul Mason explores the causes and consequences of this great unrest. From Cairo to Athens, Wall Street and Westminster to Manila, he goes in search of the changes in society, technology and human behaviour that have propelled a generation onto the streets in search of social justice. In a narrative that blends historical insight with first-person reportage, Mason shines a light on these new forms of activism, from the vast, agile networks of cyberprotest to the culture wars and tent camps of the #occupy movement. The events, says Mason, reflect the expanding power of the individual and call for new political alternatives to elite rule and global poverty.

In this extract from the book Mason explains  the role of technology and the importance of the network in recent global unrest. 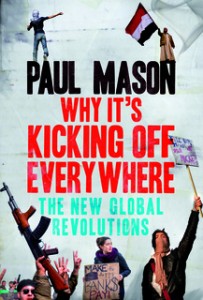 ‘Social media and new technology were crucial in shaping the revolutions of 2011, just as they shaped industry, finance and mass culture in the preceding decade. What’s important is not that the Egyptian youth used Facebook, or that the British students used Twitter and the Greek rioters organised via Indymedia, but what they used these media for—and what such technology does to hierarchies, ideas and actions.

Here, the crucial concept is the network – whose impact on politics has been a long time coming. The network’s basic law was explained by Bell Telephone boss Theodore Vail as early as 1908: the more people who use the network, the more useful it becomes to each user. (The most obvious impact of the “network effect” has been on the media and ideology. Long before people started using Twitter to foment social unrest, mainstream journalists noticed – to their dismay – that the size of one’s public persona or pay cheque carried no guarantee of popularity online.

People’s status rises and falls with the reliability and truthfulness of what they contribute. If you look at the full suite of information tools that were employed to spread the revolutions of 2009-11, it goes like this: Facebook is used to form groups, covert and overt—in order to establish those strong but flexible connections. Twitter is used for real-time organisation and news dissemination, bypassing the cumbersome newsgathering operations of the mainstream media. YouTube and the Twitter – linked photographic sites – Yfrog, Flickr and Twitpic—are used to provide instant evidence of the claims being made. Link shorteners such as bit.ly are used to disseminate key articles via Twitter.

Underpinning the social media is mobile telephony: in the crush of every crowd we see arms holding cell phones in the air, like small flocks of ostriches, snapping scenes of repression or revolt, offering instant and indelible image capture to a global audience.

And in all the theatres of revolution, blogs have offered a vital resource: somewhere to link to. Their impact can be measured by the fact that, in 2011, 7% of Middle Eastern bloggers surveyed reported they had been arrested by their respective security forces. The ability to deploy, without expert knowledge, a whole suite of information tools has allowed protesters across the world to outwit the police, to beam their message into the newsrooms of global media, and above all to assert a cool, cutting-edge identity in the face of what WH Auden once called “the elderly rubbish dictators talk”. It has given today’s protest movements a massive psychological advantage, one that no revolt has enjoyed since 1968.

Suddenly, the form of today’s protests seems entirely congruent with the way people live their lives. It is modern; it is immune to charges of “resisting progress”. Indeed, it utilises technology that is so essential to modern work and leisure, governments cannot turn it off without harming their economies. And, as Mubarak, Gaddafi and the Bahraini royals discovered, even turning it off does not work.

Because – and here is the technological fact that underpins the social and political aspects of what has happened – a network can usually defeat a hierarchy’.

Why Its Kicking Off Everywhere is published by Verso.

This entry was posted in Blogs, Media, Politics. Bookmark the permalink.