What sort of industrial policy do we really need? Part Two. 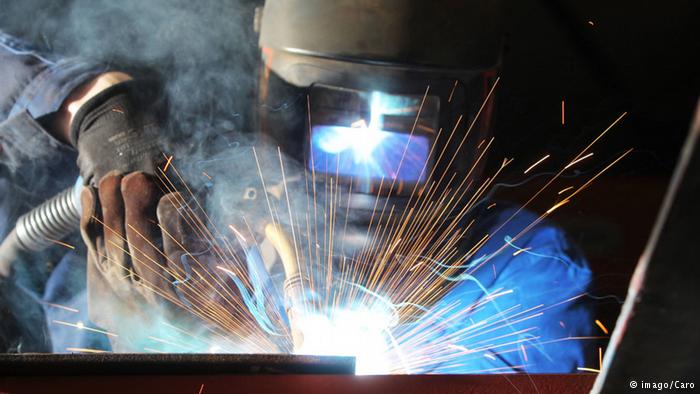 The last coalition government’s record in relation to industrial policy has been mixed. George Osborne made promising noises in the early days about rebalancing the economy and a “march of the makers”, but unfortunately much of it looks to have been empty rhetoric. Some support was made available to rebuilding the UKs fractured supply chains and to encouraging ‘rebalancing’ but the sums on offer were small and failed to match the scale of George Osborne’s rebalancing rhetoric.

Indeed, a sustained manufacturing recovery is still not guaranteed as the run of recent GDP figures have shown. Doubts over the durability of the manufacturing recovery centre on fragility in key export markets, low levels of investment spending, concerns over the impact of high energy costs across the sector (on which the recent fall in oil prices should help), and issues of skills and access to finance down the supply chain.

The government did away with the old regional development authorities and replaced them with the local enterprise partnerships (LEPs). The intention of devolving more power to ground level was laudable, but in practice many powers were initially recentralised and LEPS anyway had insufficient funding.

Their performance has been very mixed. While LEPs in Birmingham and the Black Country have received much praise, further afield there is a question mark as to how much LEPs are really doing. In particular, they lack the regional scale to support wider development.

The coalition government was also slow to address the problems that small businesses face in raising finance, largely because the banks are now much more risk-averse. These companies are crucial to industrial supply chains, and this is an area that requires attention. The government has also made no attempt to address the UK’s lax takeover rules, which unlike in other countries do very little to protect strategically important businesses from foreign predators.

On the positive side, the last government did introduce a series of so-called Catapults. These are centres where businesses, engineers and scientists work together on late-stage research and development. The seven centres are each dedicated to different priority areas such as high-value manufacturing, transport systems and offshore renewables. They are about long-term sector development, so it is too early to judge them, but they look like the right sort of intervention.

Equally encouraging has been the work of the Automotive Council, which started under Labour and has developed into an effective body in fostering public – private cooperation and discovering knowledge in terms of challenges and opportunities.  The Council’s work has, for example, set out clear priorities for key technologies that need to be developed (such as on powertrains, lightweighting and intelligent mobility) which has both aligned government support and has underpinned business confidence and investment.

So where next under Cameron’s second administration? As noted above, at first glance, Javid’s instincts look much more free-market than his predecessor Vince Cable. His questionable initial decision to sell off a majority stake in the Green Investment Bank is an indication of this free-market stance (and will also raise questions about the government’s commitment to the low carbon economy).

But it has to be hoped that under his watch, the government looks again at the LEPs and returns to development bodies that can intervene more widely and strategically at a regional level, and do ‘smart specialisation’ through regional level industrial policies. Combined Authorities may be one way to do that.

There’s much more that the government could be doing in really trying to ‘rebalance’ the economy, for example by stimulating investment in manufacturing such as through enhanced capital allowances. And it should also do something about UK takeover rules to put the country on a level playing field with many of its main competitors, and

More broadly, there is now a strong case for UK industrial policy to be afforded an institutional status similar to both UK monetary and fiscal policies. At the very least, it should be the subject of regular strategic long-term reviews, in line with what the Wright Review suggested last year. By giving it that sort of priority, the new government would be sending out the kind of powerful message that British industry badly needs to hear.

The new Business Secretary Sajid Javid is reportedly undertaking a ‘fundamental review’ of the government’s industrial policy. The last government’s industrial policy didn’t go nearly far enough, as we note above. But where policy was reasonably well developed, as in the automotive industry, it really did make a difference. For example, interventions like the Advanced Manufacturing Supply Chain Initiative and Tooling Up Fund cost small amounts of money in the big scheme of things (£245m and £12m respectively). Cutting them will add little to getting the deficit down and could do real damage to our (rather limited) efforts to rebalance and reshore manufacturing activities and jobs.