What sort of industrial policy do we really need? Part One. 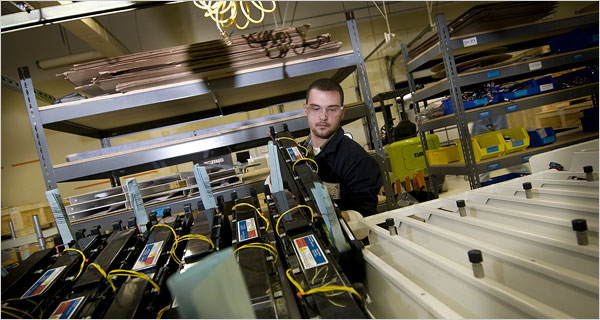 It seems that the new BIS Secretary Sajid Javid is undertaking a ‘fundamental review’ of the government’s industrial policy as he wonders what a government committed to deep spending cuts in non-protected departments can actually do in terms of supporting business.

While the Tory election manifesto did commit the government to supporting key areas (including life sciences, the auto industry, robotics and nanotechnology) exactly what that means and what wider support will be available has not yet been set out.

As the Financial Times recently noted, there are few clues as to what the business secretary is thinking. “There has been a resounding silence,” one industrialist is quoted as stating. To be fair, Javid’s aides might say that he has been in the job for just a month and is still forming a view.

In the automotive case, for example, the new conservative government has pledged broad support for the Automotive Council (which delivers the industrial policy for the industry), but the Regional Growth Fund and national Advanced Manufacturing Supply Chain Initiative have both gone.  While other elements of the policy – such as the Automotive Investment Organisation – remain, there is a danger that as pieces of policy wither due to lack of funding the remaining policies don’t add up to form an effective strategy.

The idea of industrial policy in the UK became associated in the 1970s with “picking winners” — providing state support for industrial champions. Despite Heseltine’s protestations to intervene ‘before breakfast, lunch, tea and dinner’ industrial policy was pretty much discarded under Thatcher as being too interventionist, and also remained out of fashion under Blair’s period in office.

Things changed during the Global Financial Crisis when a view formed that the UK had become too dependent on financial services. With the arrival of Lord Mandelson, ‘industrial activism’ came back onto the agenda – as it did in other countries too.  Elements of his approach were continued by the last coalition government, for example in the form of an active policy to support the auto industry.

Yet as we saw during the recent election campaign, the debate around the UK economy has all too often been narrow, principally framed around austerity and cutting the government’s budget deficit. Other important economic issues have received much less attention, including the burgeoning trade deficit, improving our manufacturing capabilities and promoting green technologies.

The same goes for tackling growing regional inequalities and rebalancing the economy. If we are to achieve balanced and sustainable growth, we have to address these issues. They are the route to eliminating the budget deficit and reducing the nation’s debts in the longer run.

Since the global financial crisis in 2008, of course, the UK has seen the slowest recovery since the 1930s. This has been punctuated with low productivity and the rising trade deficit, which at almost 6% of GDP is the highest since modern records began. Luckily for the Tories, as The Guardian’s Larry Elliott has pointed out, the days when bad trade figures could influence the outcome of a general election (like in 1970) appear to have passed.

Yet as we saw clearly during the global financial crisis, the UK economy is unbalanced and fragile as a result. It remains over-reliant on sectors such as retail, financial services and construction, to the detriment of manufacturing. Hence there were calls after the crisis for rebalancing.

Such concerns focused on making the economy stronger and addressing concerns over competitiveness, skills, long term de-industrialisation and unemployment/under-employment. In a clear departure from the free-market model that has dominated economic policy since the late 1970s, a range of think tanks, commentators and academics began to push for this to be brought about through a more active state industrial policy.

Traditionally there has been a dichotomy in economic policy between old-style Keynesian approaches which aim to stimulate growth through fiscal measures such as government spending or tax cuts; and supply-side reformers who have tended to focus on reducing market rigidities, for example by making labour laws more flexible.

In contrast, industrial policy may not only create and sustain domestic employment (thus sustaining demand, via increased investment and consumption), but it can also raise domestic industrial capacity and capabilities (a supply-side measure) for future growth.

The recent industrial success of the BRIC countries and previously Japan, South Korea, Germany also suggest that an active state can play a positive role in facilitating economic growth. And the US never stopped ‘doing’ industrial policy even if it’s not actually called that there.

So the debate has moved beyond the old narrow view that the state should only intervene in response to specific company or even sector failures. Now it’s seen more as being about creating the environment for sectors and regional clusters to prosper, creating successful stables from which winners can emerge.

Where once the state propped up the likes of British Leyland or the coal industry, now we think more in terms of generating new knowledge and innovation, coordinating the companies involved and investing in missing links within sectors.

Within that, of course, the policy instruments available are wide-ranging. They encompass everything from support for new sectors to trade policies to foreign direct investment to intellectual property rights to the development of clusters and regions.

More on that in the next blog (See below)