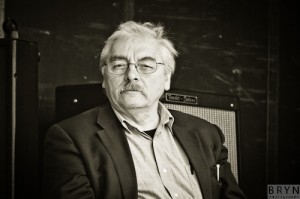 The peace talks now underway in Venezuela to end the wave of violence that has the explicit aim of “The Ousting” of the elected government are a tremendous step forward for all who wish to see an end to violence. They reflect the political backing for the Venezuelan government’s strategy for peace and dialogue by nearly every Latin American government and are a further sign of the weakened influence of the US on Latin America.

Whilst a narrative in the West has reflected the line of the wealthy minority who lies behind the protest movement, Latin American governments have adopted a different view, generally seeing it as the latest in a long line of attempts to bring about the illegal, unconstitutional and subversive push to overthrow Venezuela’s constitutional government.

Since La Salida (The Ousting) started, the sharply different stance taken broadly by Latin America as a whole and the United States and Canada has been noticeable.

US State Department spokespeople have energetically criticised and denounced the Maduro government for state repression, claiming restrictions on political freedoms (to assemble and to protest) and suggesting that the fatal victims of the guarimbas (violent protests) occurred because of state brutality.

Such a stance ignored the much more complex reality of an extreme right wing minority, determined to oust Venezuela’s government whose violence is responsible, directly or indirectly, for most of the deaths.

At one point, John Kerry (March 14th), called for an end to the “campaign of terror against its own citizens” supposedly being practiced by the Maduro government. Previously (March 9th), Joe Biden, US vice-president whilst on official visit to Chile, spoke of an “alarming situation in Venezuela” and falsely charged the Maduro government with not respecting “basic human rights“. Even Barack Obama, normally staying studiously aloof, also joined the fray and sharply criticised Maduro (February 19th) and even compared Venezuela with Ukraine.

In a Guardian interview (April 8th), Maduro explained the long-standing US hostility, saying they wish to “get their hands on Venezuelan oil” as Venezuela has the highest proven oil reserves in the world.

Whatever the reason, since 2000 the US had had a policy of destabilisation of Venezuela, including the channelling of millions of US taxpayers dollars to opposition groups under the guise of NGO’s or ‘organisations of civil society’. According to lawyer Eva Golinger in the period between 2000 and 2012 the US has given Venezuelan opposition groups about US$120 million.

Scaled up to the size of the UK, this would be over US$800m. Such external intervention in the domestic political process would not be tolerated in the UK, even less so when it is linked to a movement explicitly seeking to remove the elected government.

US official bodies have spiced up this intervention with regular charges against the Bolivarian government of ‘sponsoring terrorism’, ‘failing to collaborate against drug-trafficking’, ‘destabilising neighbouring countries’, and a raft of related accusations, often sponsored by the Republican party’s right wing and usually in close collaboration with Cuban-American exiles. The aim is to create conditions for US intervention.

Latin America is clear that such interventions will no longer be tolerated.

A stream of meetings, resolutions and statements have emerged from Latin America, taking a stance in favour of the Venezuelan Government’s calls for peace and dialogue, and leaving the United States isolated to influence the bodies of international and regional politics, usually the ideal framework for its destabilisation policies.

Most symbolically of the US isolation was the March 7th 2014 OAS resolution. The resolution’s title is indeed telling: Solidarity and Support for Democratic Institutions, Dialogue, and Peace in the Bolivarian Republic of Venezuela. In its key passages the resolution stresses OAS’ “commitment to the protection of democratic institutions and the rule of law, in accordance with the OAS Charter and international law” and “Its appreciation, full support, and encouragement for the initiatives and the efforts of the democratically-elected Government of Venezuela and all political, economic, and social sectors to continue to move forward with the process of national dialogue “[…]. The United States, Canada and Panama, opposed the resolution (US arguments of being unable to vote because the OAS “should not take sides” is disingenuous to say the least).

Additionally, on March 12th, the Foreign Ministers of UNASUR (Union of South American Nations) held an emergency meeting to condemn the violence in Venezuela, to warn against any threat to the country’s independence or sovereignty and to strongly support President Maduro’s efforts to start a broad dialogue that contributes to social peace.

UNASUR formed a commission (led by Brazil) to travel to Venezuela to accompany, support and facilitate the dialogue proposed by President Maduro. It lies behind the current peace talks. In fact, eight UNASUR Foreign Ministers were present at the dialogue broadcast (11 April) to the whole the nation in total transparency. Aldo Giordano, Francis I representative in Venezuela was also present at the dialogue. The Vatican is a mediator in the talks.

The statements coming from individual Latin American governments also flatly contradict those of Washington. Heraldo Munoz, Chile’s new Foreign Minister made it totally clear that “Venezuela is not a dictatorship but a democratic government in a highly polarised country“, and stressed that Chile will encourage the dialogue”. President Bachelet on her part stated (March 12): “I will never support the overthrow of a democratically elected government“.

President Nicolas Maduro’s article in the New York Times (April 1st) summed up the situation with regards to the US well, saying: “Now is a time for dialogue and diplomacy. Within Venezuela, we have extended a hand to the opposition. And we have accepted the [UNASUR]‘s recommendations to engage in mediated talks with the opposition. My government has also reached out to President Obama, expressing our desire to again exchange ambassadors. We hope his administration will respond in kind.”

Instead, the Obama administration has decided to identify themselves with the worst elements of the Venezuelan opposition, who they have repeatedly supported by public statements. By now they must know that La Salida is in a blind alley and cannot go anywhere. They also must know that Maduro is coming out of this strengthened, Capriles’ position has been substantially weakened and there does not seem to be emerging any alternative leadership to the MUD that has vision and a programme to rebuild it.

Obama’s robust ‘Bushist’ stance on Venezuela has therefore left the US in an isolated position in Latin America. It can still repair it that by heeding President Maduro’s dialogue and peace.