USW and Los Minero’s meet in Toronto in further talks 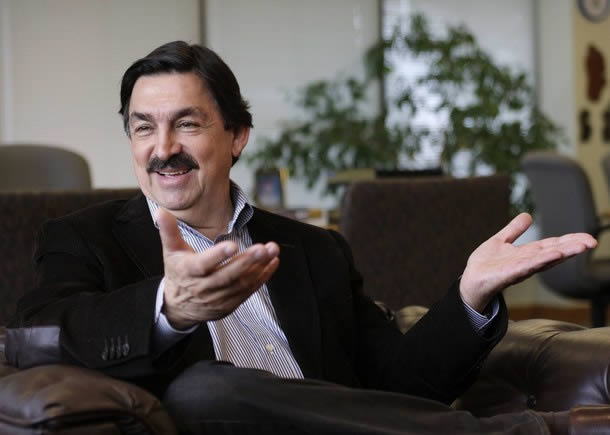 Persecuted leaders of one of Mexico’s largest and most democratic unions are in Toronto this week for unique negotiations on behalf of their members and to strengthen ties with the United Steelworkers.

Napoleón Gómez Urrutia and Juan Linares Montúfar, leaders of the Union of Mining, Metallurgical, Steel and Allied Workers of Mexico, known as Los Mineros, will be available for media interviews today between 10 a.m. and 3 p.m.

Gómez, Los Mineros’ National President, has lived in exile in Canada since 2006, after escaping threats and trumped-up charges of embezzlement from the Mexican government. Gómez continues to be persecuted by Mexico’s right-wing government despite the fact that international auditors and Mexican courts have exonerated him of any wrongdoing. Despite his exile, Gómez has been repeatedly re-elected by Los Mineros members as the union’s leader.

The support of Los Mineros members for Gómez is so strong that employers in Mexico continue to negotiate contracts with him despite his exile. This week, officials for the Mexican operations of steelmaking giant ArcelorMittal are meeting with Gómez in Toronto to negotiate a new collective agreement for workers.

Gómez is accompanied in Toronto by several Los Mineros representatives, including Juan Linares Montúfar. Linares, President of the union’s Justice and Oversight Commission, was unjustly imprisoned by the Mexican government for more than two years, until court victories and sustained international pressure finally led to his release on February 24th this year.

The Los Mineros leaders also are in Toronto for meetings with United Steelworkers (USW) officials. Gómez and USW International President Leo W. Gerard signed a joint declaration last year to develop a stronger and more comprehensive alliance between the two unions, which represent one million workers in North America.

The United Steelworkers in the USA and Canada and Unite in the UK and Ireland are partners in the worlds first global union Workers Uniting.