BMW to sack US workers in order to outsource their jobs

They couldn’t do it in Germany – but they can in the USA. The following article from the LA Times was forwarded by UK BMW workers to highlight the companies activities in Ontario, California. As the UK workers said: “If they do this in California today, who’s next?” The writer is Michael Hiltzik (see details at the end of the article.)

By all accounts, BMW’s parts distribution warehouse in Ontario was one of the jewels of the company’s system.

Supplying dealer service departments throughout Southern California, Arizona and Nevada, it received gold medals from BMW for its efficiency and employed several of the top-ranked workers in the country. In the roughly 40 years its workers had been represented by the Teamsters union, there had never been a labor stoppage.

Times being what they are, when a Teamsters committee came to the plant in early June to open negotiations over a new contract to start September 1, they thought they might be asked to accept minuscule wage increases and maybe some givebacks on health coverage. 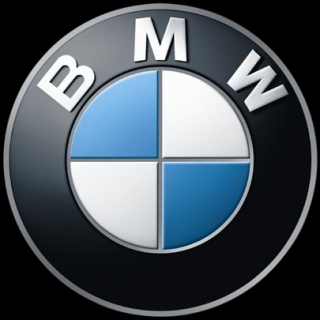 They were stunned by what they heard instead: As of August 31, the plant would be outsourced to an unidentified third-party logistics company and all but three of its 71 employees laid off.

The union contract will be terminated. Some of the employees might be offered jobs with the new operator, but there are no guarantees. And no one expects the new bosses will match the existing $25 hourly scale or the health benefits provided now.

The average seniority of employees at Ontario is about 20 years; five have spent 30 years or more at Ontario or its predecessor warehouse in Carson. Of the employees to be laid off (according to a notice BMW sent the union), 27 are age 50 or older. The word that came most often to the lips of workers and their families I’ve talked to is “devastated.”

“The hardest thing I ever had to do in my life was to look my family in the eyes and tell them that after 32 years I’m out of a job,” says Tim Kitchen, who at 53 is the longest-serving employee at the warehouse. The esprit de corps that once prevailed in the warehouse is gone, he says. “You walk in there now, it’s like a morgue.” Early retirement isn’t an option; Kitchen still has two kids’ college educations to pay for.

Every working American should be dismayed by — and afraid of — what BMW is doing.

These employees exemplified the best qualities of the American worker. They devoted their working lives to BMW, at a time when it was building and solidifying its U.S. beachhead. Their wages, with benefits, paid for a reasonable middle-class lifestyle if they managed it carefully. Throw in the job security they were encouraged to expect, and they had the confidence to make sacrifices and investments that contributed to the economy for the long term, like college education for the kids, an addition on the house, a new baby. Then one day they were handed a mass pink slip, effective in a matter of weeks.

The harvest will be weighed in foreclosed homes, college educations deferred or abandoned, new cars left in the dealers’ lots (BMWs not excepted) and consumer goods on the shelf, one more little cascade of blows to the U.S. economy.

Miguel Carpinteyro, 42, had 14 years with BMW and every expectation of retiring there. In the backyard of their home in the San Bernardino County community of Highland, he and his wife, Jerri, just finished building a pool, which is good therapy for their two autistic sons. A daughter has a heart condition requiring frequent medical visits.

The family put money aside for retirement through a 401(k), but they may have to tap that to live on, never mind paying their medical bills without employer-sponsored insurance. Their household budget, based on a BMW wage, can’t be sustained on much less. “We’ll probably end up losing the house,” Jerri told me.

Many of the BMW employees can boast of tenures stretching back to the bygone era when a job was more than a job. The longevity of the workforce tells you that good wages and benefits kept turnover at the plant low — when companies cared about keeping turnover low. Some can measure their loyalty to BMW in the kids’ ballgames and dance recitals they missed over the years because the company needed them to pull double shifts. Will workers employed by an outsourcing contractor and earning closer to minimum wage do the same? To ask the question is to answer it. 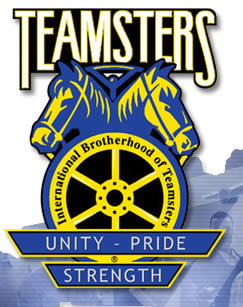 BMW says for the record that it’s “very much aware of its legal obligations and corporate responsibilities.” The company will negotiate with the Teamsters over severance but won’t discuss that or other transitional issues in public. It notes that it still employs 10,000 people in California, including those at two vehicle technology centers and Newbury Park-based BMW DesignworksUSA, and says that number might grow in the future.

The company doesn’t concede that it’s outsourcing the Ontario plant to save money on wages. It says it brought in outside logistic contractors at Ontario and four of its other five parts depots nationwide because it prefers to focus on its “core expertise” of engineering and making cars. Of course, nonunion workforces generally receive lower pay and benefits than union — that’s the power of collective bargaining — so the math is hardly a secret.

If there are operational efficiencies to be gained from the outsourcing, as BMW contends, the firm presumably expects them to translate into higher profits, but it won’t be sharing the money with the warehouse workers. Among the most likely beneficiaries are its shareholders — maybe via another dividend boost on top of the $950-million raise the company gave them out of its $4.7-billion profit last year.

BMW’s defenders will point out that the company has a perfect legal right to outsource any jobs it wishes. Fair enough. Yet by the same token, American taxpayers had a perfect legal right to tell BMW to drop dead when the firm’s credit arm asked the Federal Reserve for a low-interest $3.6-billion loan during the 2008 financial crisis. BMW got the money then because U.S. policymakers saw a larger issue at stake: saving the economy from going over a cliff. Just as there’s a larger issue involved at Ontario, which is saving the American middle class from going over the same cliff.

The Ontario union, Teamsters Local 495, got Sen. Barbara Boxer (D-Calif.) and Reps. Joe Baca (D-Rialto) and Loretta Sanchez (D-Garden Grove) to write painfully polite letters to Jim O’Donnell, chairman of BMW North America, asking him to reconsider. When I say that’s the least they could do, I’m talking literally — it’s the very least. How about hauling him before a televised hearing and having him balance out a $3.6-billion taxpayer loan with the firing of 70 American workers? The company surely wouldn’t characterize its federal loan as charity, but neither is maintaining its parts distribution workers on a living wage.

It’s fashionable to observe today that the loyalty the BMW workers gave their employer was naive; complain to manufacturing CEOs about their remorseless hollowing out of middle-class livelihoods to maintain payouts to shareholders, and the answer you get is that this is merely the way of our hyper-competitive modern world. Nothing personal; it’s the tyranny of the marketplace.

Yet what gives BMW the freedom to convert good American middle-class jobs into low-wage piecework is the evaporation of American workers’ power of collective action. The labor lawyer and writer Thomas Geoghegan contends that BMW could never outsource union jobs like this in its home country, Germany, where union solidarity extending from the professional staff down to the shop floor would stomp the living daylights out of the very idea. “Foreign companies know there’s no solidarity here,” he says.

On Monday, the Fourth of July, Americans will gather to celebrate the overthrow of tyranny. But the ease with which we allow corporate employers to impoverish their loyal workers should make us pause under the fireworks and think about how over the ensuing 235 years we’ve simply substituted one set of tyrants for another, the new ones immeasurably more heartless and bloodthirsty than the ones we shed.