US Playing Politics Over Venezuelan Elections 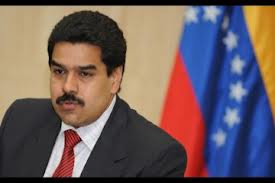 Nicolas Maduro’s victory in the Venezuelan presidential election was narrower than anticipated. Nonetheless, it was clear enough. Yet the US government now seems to be playing politics with the outcome, emboldening Venezuela’s opposition coalition by refusing to accept the results and trying to discredit Maduro’s mandate.

Maduro’s 1.8% winning margin is no means exceptional. In Britain, the general elections of 1951, 1964, and 1974 all saw similar or smaller margins of victory. In the US, John F. Kennedy, won by just 0.17% of popular vote. Whilst Nixon in 1968 also had a margin below Maduro’s in Venezuela and Carter’s victory in 1976 was just a fraction above.

Given the small but decisive victory, governments across Latin America, from Brazil and Argentina to Mexico and Colombia, have all recognized Nicolas Maduro as Venezuela’s legitimate President. The Union of South American Nations (UNASUR), the region’s equivalent of the EU, as well as regional trade bloc Mercosur have backed the outcome.

Likewise in Europe, France, Portugal and Spain have recognised President Maduro. The Spanish government’s statement explained that “as all constitutional and legal procedures have been carried out, the Government of Spain respects the proclamation by the National Electoral Council of Nicolas Maduro as the elected President of Venezuela.”

This could not be more different than the approach taken by US Secretary of State John Kerry. The US has held back any recognition of the outcome with Kerry demanding a recount of all 15 million votes. This mirrors precisely the demand of Venezuela’s losing Presidential candidate, Henrique Capriles.Kerry’s post-election remarks questioning “the viability of that government” if there were “irregularities” give rise to fears that the US is not going to recognise Maduro as President. Especially as the US administration, even before the vote took place, seemed to have made up its mind up about the probity of the Venezuelan election. US Assistant Secretary of State, Roberta Jackson, claimed that it would be “difficult” to have “open, fair and transparent elections” in Venezuela.

There is of course no basis for any of these claims. The US government has no better information than the Latin American or European governments who have accepted the results. Whilst, Venezuela’s elections have regularly been declared free and fair. Jimmy Carter called its elections process “the best in the world”.

But we appear to be witnessing the latest attempt to undermine a democratic government of the left in Latin America as it has done previously in Venezuela as well as in Paraguay and Honduras. Brazil’s former president Lula has criticized the US’ approach.

The latest cable released by Wikileaks about Venezuela may shed some light on the US’ real intention in adopting such a different position on the election to that of Latin America’s governments. The cable reveals a plan from former US Ambassador Brownfield to destabilize Hugo Chavez’ government at the 2006 Presidential election. A core aim was “isolating Chavez internationally”. Now it seems that it is Nicolas Maduro that the US government is seeking to isolate.

Of course in a relatively close election, rigorous procedures are required to ensure that the results reflect the will of the people. But there is absolutely no doubt that these already exist in Venezuela’s electoral system.

Under Venezuelan electoral rules, before releasing any results, the independent National Electoral Council automatically audits 54% of all votes cast by checking the electronic vote tally against the paper receipt each voter receives. This process is known as the Citizens Audit and involves verification from witnesses of all the parties, as well as members of the public, at every polling station. A sample of over half the votes is many times higher than statistically necessary to ensure the accuracy of the vote.

This is just one of the 15 audits that took place for this Presidential election, all witnessed by representatives of all parties, including those of the opposition coalition.

Nonetheless, Henrique Capriles, the losing candidate, chose to call his supporters onto the streets. Following doctored pictures on newspaper front pages and deliberately misleading claims about improper storage of ballot boxes, the protests quickly escalated into violence. At least eight government supporters died. Attacks were also made on the houses of the families of prominent politicians and of the head of the electoral council. Local headquarters of Nicolas Maduro’s political party, health clinics and other social services built by the government also came under assault.

Undoubtedly the US government’s response is emboldening the Venezuelan opposition. Not only does this heighten the risk of further violence from those who take it as a carte blanche from Washington to disregard the legitimate electoral outcome. It also undermines Venezuelan democracy, which requires all parties to accept fair results, whether they win or lose. And of course, this US interference certainly does nothing to repair Venezuelan-US relationships.Like its Latin American counterparts, the US government should respect the election’s results. Even if it doesn’t like the political outcome.