Up Close In Venezuela Presidential Race 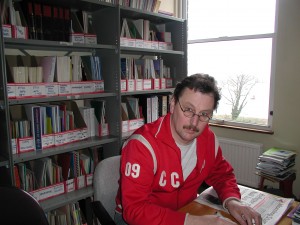 By Adrian Weir – Assistant Chief of Staff, Unite the Union

Although a reasonably frequent visitor to Cuba, this trip, as part of the Acompañamiento Internacional team of election monitors, was my first to the Latin American mainland.

Driving into town from Caracas Airport two points struck me. First, the barrios, the working class quarters, perched precariously on the hillsides sloping upwards from the plain of Caracas city centre really do look so much like rookeries, as working class homes in Victorian London were known.

Second, it was very apparent how much of a loss Ken Livingstone was when he was defeated in the London mayoral election – not just to Britain’s capital city but to Caracas as well. Livingstone’s deal with Hugo Chávez was essentially cheap oil for London’s buses in return for expertise on urban transportation. And nowhere is that expertise more needed than in Caracas, which seems to be in permanent gridlock.

Soon after our arrival, the breadth of the international team to monitor the election to determine the successor to Chávez became apparent. I met colleagues from South Korea, India, Germany and Switzerland and later from the United States, Sri Lanka, Turkey, St Lucia, Jamaica and Greece.

Many were drawn from their domestic electoral agencies, as well as a sprinkling from the not for profit sector elected politicians. The Union of South American Nations (UNASUR) had its own parallel team with representatives from most of the countries on the continent.

We spent the first couple of days being intensively schooled in how the electronic voting system, unique to Venezuela, worked, and the safeguards in the system to ensure all votes were accurately recorded and to eliminate any attempt at voting more than once.

We also paid an advance visit to a polling station that had just taken delivery of the equipment prior to polling day and a visit to the factory that manufactures the hardware used for the electronic voting system.

During this training period a UNASUR delegate from Uruguay, an MP, praised the Venezuelan electronic voting and pledged to use it as an example to revamp the voting system in her country.

At the end of the training the, international observers were addressed by leading lights from both the Nicolás Maduro and Henrique Capriles teams. Amazingly, the Capriles was led by Maria Corina Machado. She was heavily implicated in the 2002 coup against Chávez to the extent that she was a signatory to the so-called Carmona Decree that sought to abolish the National Assembly and other democratic institutions.

Polling day passed of peacefully with no apparent problem at any of the seven polling stations I visited. However, when we gathered at the electoral commission office on Sunday evening is was clear that the vote was much close than expected. The increase in political tension was palpable.

On Monday we again assembled at the electoral commission office to present our reports, by either language group or specialist group.

The Union of Latin American Electoral Bodies reported that hardware production was efficient, there were no problems with the distribution of the equipment, the ballot peaceful and assisted voters (elderly, infirm, and so on) could vote. It concluded that the election complied with national law and international norms.

The Council of Electoral Experts of Latin America reported that electoral process complied with international standards and that votes were respected.

The Group from the Mercasor countries reported that the election was a triumph for national democracy. Conduct in complete tranquillity, the verification was open and there should be respect for the election result.

The English Language Group was impressed by efficiency and reliability of system, and by the citizen audit. It reported no systemic failure.

At the same time as these positive reports were being made, Capriles was making an angry speech refusing to recognise the result and calling on his supports to oppose the outcome. Many  took him at his word – to the extent that seven Chávistas were murdered on Monday night, apparently at least one in an arson attack.

Back at our hotel in a middle class part of town, our Capriles supporting neighbours started an incessant banging of pots and pans. While we were unaware of the murderous attacks downtown the cacophony of sound was enough to make us reconsider any plans we had to leave the hotel precincts – more so since we were picking up rumours that some Capriles supporters were holding the observers to blame for narrow loss to Maduro.

As we were leaving on Tuesday, following the overnight murders Capriles, was forced to cancel his big demonstration planned for that day. Letting more of his extremist supporters off the leash would have caused more damage to his credibility.

This loss of momentum was compounded by recognition for Maduro by most countries in Latin America, Spain and the United Kingdom. Capriles became more and more isolated, with just the United States calling for some sort of review of the result.

But we can expect tough times for Maduro and the PSUV with such a slender majority of just 1.6%.

In a move to try to destabilise the electoral commission, now that his demand for 100% reconciliation of the paper receipts with the electronic vote has been granted Capriles now says that he wants access to the electoral roll. Clearly, as his succeeding demands are met, he intends to come back with more. He and his American handlers should accept the result and back off.