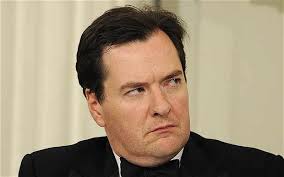 By the Unite Political Department

To call George Osborne’s performance, hopefully for the last time, at the Commons’ despatch box a budget for the nation is stretching credulity to its limits. With 50 days to go before the most important general election for a generation it was an hour of party political propaganda with Osborne boasting about his economic stewardship for the past five years. As Ed Miliband said in his reply, Osborne failed to mention the issues that affect the vast majority of people – nothing on investment in the NHS or in our public services. There was likewise no mention of the longest squeeze in living standards in history or of the growth in food banks and insecure work.

While GDP headline figures place us in economic growth, on a significant measure such as house building under this government fewer homes have been built at any time for nearly a hundred years.  He bragged about the employment figures and talked of full employment, but not the type of employment being created; zero and short hours, ‘umbrella companies’ that put workers into bogus self-employment,  insecure and precarious. It is also worth noting that the Office of Budget Responsibility (OBR) forecasts on employment did not change since December – in short because there was no announcement to create more, or better jobs. .Under this government we have seen a further shift of obligations from the employer to the employee.

Wages have not recovered their pre-crisis levels- and damningly for the government the OBR has judged there is nothing in this budget that will positively impact on wages.

What we did see was what we have seen before – a raising of the personal tax allowance. Putting forward plans to raise the threshold to £11,000 in 2017 – a stepping stone to the previous announcement that they want to raise it to £12,500 and at the same time raising the 40 per cent income tax threshold to £50,000.

When the Tories announced these plans, the Institute for Fiscal Studies responded that less than two-thirds of the total adult population have high enough incomes to pay income tax at all. Higher earners benefit from increases in the personal tax allowance, as it increases the amount that is untaxed. Both the Tories and the Liberal Democrats spin this as their big achievement, claiming that it will benefit the lowest paid by removing them from paying income tax. But when the lowest paid people are already earning under the threshold, they receive no benefit – in fact it is a big achievement that is built on shifting sand.

In truth, austerity was never about reducing the deficit. In 2010 the deficit was £153.5 billion and £93.6 billion in 2014. The June 2010 budget prediction was for it to be £37 billion in the financial year ending April 2015. The Tories have emphasised the deficit and debt in order to justify their austerity programme and it has now become the established orthodoxy.

But for whole swathes of people the consequence of austerity has been misery. In real terms, wages are down by £1,600 under this government. The TUC and IPPR also calculated that the total net impact of low wage growth over this Parliament leaves the Treasury £35.7 billion worse off this year alone    And let’s not forget one in five workers earn below the Living Wage. The IFS say that the average household has lost £1,127 under this government  just in tax and benefit changes.

If the Tories win again the programme they have planned for spending cuts up until to 2019/20 – the whole of the next parliament. After the December autumn statement the Institute for Fiscal Studies assessed that £35 billion of cuts had been made since 2010, and their latest figure is that £50 billion of cuts are still to come over the next five years under these plans. Not only is this figure much higher nominally, with a growing population it is greater in real terms. They have also announced that they want to make a further £12 billion of benefit cuts. Only £3 billion of this has been identified so far.

Though Osborne can use sleight of hand in statistics to present the richest as suffering most over the past five years, this is only true in cash terms – because of the simple fact that they have the most cash. As a percentage of income, the worst affected by this governments’ tax and benefit changes have been the poorest, as the IFS chart shows.

The chancellor made much of investment and the ‘Northern Powerhouse’ but under this government, public capital investment has fallen by a third in real terms. In private business, there remains a ‘cash hoard’ of £500 billion that they are not investing.  Until we raise investment levels we will not see a sustainable economic recovery.

Steve Turner, assistant general secretary was damning in his summing up of the budget: “Today we saw a budget for the rich from a government of the rich. Nothing to boost wages, nothing to tackle the crisis in social housing, nothing to address growing workplace insecurity and nothing to stem growing personal debt or the collapse of public services. A budget without hope, a failed opportunity by a failed government”

Len McCluskey, general secretary, said the only way to get the change we need is to vote Labour on 7th of May: “There are only 50 days to go to make sure that George Osborne’s budget is not only the last budget of this parliament it is the last that he delivers.

“The rot started with his very first emergency budget when the chancellor, the prime minister and  the back slapping deputy Nick Clegg delivered their austerity  hammer blow to the economy and to people in and out of work.

“Their obsession with the deficit and an ideological drive to shrink the state has meant misery for vast swathes of people.

“If you’re a hedge fund, wealthy retiree, or a business shy of providing fairly paid, secure employment, Osborne’s Britain is the place for you. If you’re looking for decent job, a home in which to raise your kids or a safe NHS, then it is not.

“This election is the most important in a generation.  It is the fight of our lives and it is a fight that Unite is up for.  For change, for hope on 7 May we have to vote Labour.”