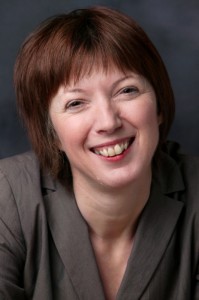 The TUC has published findings from a poll taken immediately after the EU referendum ballot closed, and its action plan for protecting jobs and industry.

The poll – of 2,716 adults who voted in the referendum – found that nearly three-fifths (58%) would oppose a “Brexit cuts budget”, with opposition highest amongst Leave supporters (65%). Just one in six voters (17%) would support plans for a cuts budget following the UK’s decision to exit from the European Union.

Both sets of voters are convinced that all parties should declare that they will protect all employment rights currently guaranteed by the EU once the UK leaves.

Instead of a ‘punishment budget’ of further cuts and tax rises, the TUC is today calling for a new and urgent strategy of sustainable investment to make sure that working people do not pay the price of economic uncertainty after the referendum vote.

The TUC report ‘Working people must not pay the price for the vote to leave the EU: an action plan to protect the economy, jobs and workers’ rights’ is published today (Friday). It calls for:

·    Increased investment in infrastructure, such as building homes, announcing plans for more high-speed rail and giving the go-ahead for a third runway at Heathrow

TUC General Secretary Frances O’Grady said: “Working people’s wages have not recovered since the financial crash of 2008. They must not be asked to pay the price again of economic uncertainty following the vote to leave the EU.

“The current prime minister and his government must act quickly and decisively to reduce the uncertainty that is already impacting on investment decisions and jobs. They must not sleepwalk through their final months in office and into a recession.

“And the new prime minister must learn from the mistakes of the past and not embark on another round of spending cuts.

“As our plan makes clear today, the best way to prevent our economy from nose-diving is to invest in Britain’s future. We must give the go-ahead to big projects like the third runway at Heathrow and fast-track investment into new high-speed rail, broadband infrastructure, clean energy and new homes.

“And if we are to re-build trust in politics, promises made by the Leave campaign must be kept. Having denied that any rights were at risk, they must now commit to safeguard all current workers’ rights after the UK leaves the EU.”