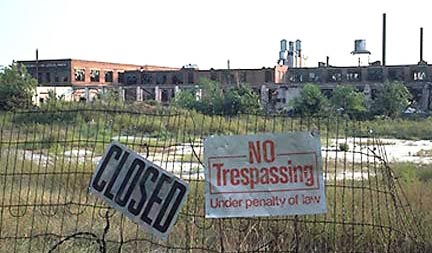 Unemployment in the UK topped 2.6 million showing a continuing trend that is well on the way to 3 million by July says Richard Excell in a blog on Left Foot Forward.

Unite’s Len McCluskey said: “What is of real concern for the future is that many forecasters are expecting the jobless figures to soar during 2012, peaking in 2013. This is clearly unacceptable.”

“Once again young people, aged 18-to-24, are bearing the brunt of George Osborne’s cruel and blinkered economic and fiscal policies that have drained demand from the economy. The next generation is being sacrificed on the altar of economic Thatcherite orthodoxy.”

”The fact that the government is borrowing money for people to do nothing explodes the deficit reduction strategy that has sucked confidence out of every corner of the economy and caused this surge in joblessness in the first place.”

“This is money that could have gone towards creating jobs, boosting demand and plans for infrastructure projects. The government’s stewardship of the economy has been revealed as deeply flawed.”

Unite has called for the introduction of a ‘Plan B’ aimed at boosting manufacturing; putting ‘demand’ back into the economy by creating a national investment bank, investment in skills, ensuring government procurement goes to UK companies, help for small and medium sized companies and maintaining the current level of public services.

Len McCluskey said: ”The coalition’s vaunted claim that the private sector will provide the extra jobs to replace those being lost in their hundreds of thousands in the public sector has been proven simply not to be true.”The coalition’s dead end economic policies may please the self-interested City elite, but for real people in real communities they are a tragedy – a national disgrace.” 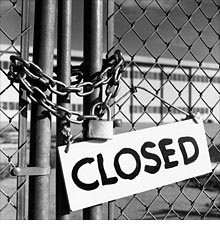 Meanwhile accountancy firm PwC have revealed the extensive effect the recession has had on construction and manufacturing, with nearly 10,000 insolvencies taking place within the past two years.

Since 2010, over 4,000 manufacturers have been forced to shut down their operations and PwC predict that 2012 could see the same numbers of manufacturers going under.

There were 424 manufacturing insolvencies in Q4 of 2011. Manufacturing did slightly better than the construction sector, experiencing a rise of 6.4% from Q1 to Q4 in 2011. Q4 2011 was more positive for both sectors in comparison to Q3 of the same year, where construction had 0.2% fewer insolvencies.

The UK regions that were most affected included London, Yorkshire, the West Midlands and the North West as challenging economic factors caused problems for manufacturing and construction businesses.

The Coalition’s much vaunted ‘march of the makers’, and a ‘manufacturing lead recovery’ which would create jobs and and offset the job losses in the public services has proved to be a cruel hoax played on working people and their families.