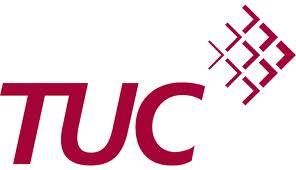 The government is failing to re-balance the economy and the UK is becoming even more dependent on financial services, says a new report on the economy from the TUC, which is published this week.

The report says the economic crash was caused by a series of imbalances in the economy with low levels of investment, over-reliance on financial services, a North-South divide and ever growing wage inequalities that ensured there was no pay growth for low and middle-earners for five years – even though there had been an economic boom.

The TUC says these imbalances are shockingly still prevalent and are holding back UK growth.

The Coalition government promised to rebalance the economy making manufacturing a priority, which in turn would provide growth and job creation.

However the report shows that has been little or no progress towards rebalancing the economy towards manufacturing in some cases the situation has got worse.

On the four key issues the report focuses on:

Despite the continuing good news from the UKs automotive sector, rebalancing the economy is just not happening. This week’s reduction in unemployment via an “Olympic blip” also showed that we are living in a “part time Britain” with the growth in forced self employment and part time work mainly in the service sector making the case for a Plan B.

The only way to get growth back into the economy is for the Government to develop a joined up manufacturing strategy to kick start growth and create decent jobs through a national investment bank and support for strategically important industries; targeted support for SME’s; a national procurement policy through Government purchasing power and investment in skills and training.

You can download a copy of Unite’s Strategy for UK Manufacturing.