Triple alliance to support resistance to the cuts

Working people in the UK can help stop the Conservative-led coalition from taking a wrecking ball to the fabric of daily life.

That is the New Year’s message to some 3.5 million workers across both the public and private sectors from their unions, the GMB, Unison and Unite, who say that the government’s dangerous prescription of economic deflation and historically high cuts will not revive the economy but will instead bring it to its knees.

The landmark joint message sees the three unions – the biggest in the UK – pledge that in 2011 they will inspire and support resistance to the cuts across the UK.  They also vow to make the Spring elections the first referendum on the government’s austerity programme.

Such is the level of concern about the real intent behind the cuts – recasting the state so that the private sector can sweep in, allied to the fear that harsh cuts will cause endemic inequality across society and plunge a new generation into unemployment – that the unions have vowed to work tirelessly together throughout 2011 to pursue a sound economic alternative.

The unions are furious that the government is using the cover of coalition and a whipped-up fear over the deficit to terrify people into acceptance of what is little more than the rolling back of social provision. Pointing to the mounting dissent among economic experts over the government’s approach, they say there is no programme for growth but only polices which will lead to a devastating contraction in the UK economy at a time when the global economy is still exhibiting deeply worrying signs of recession.

The unions say it is high time that the truth was told about the government’s reckless policies.  January will see the three embark on a programme of promoting an economic alternative to their members urging them to get active in both opposing cuts and making their voices heard at the May election, the first chance for large parts of country to vote on the government’s cuts programme.

Central to the unions’ message will be the push for an economic policy based on: 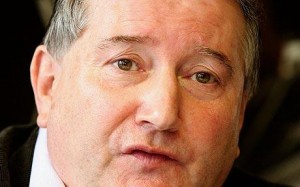 Paul Kenny General Secretary of GMB said: “The deficit is not Labour’s deficit, it’s the bankers’ deficit.  The Labour Government had to borrow to save the UK economy from collapse due to the irresponsible actions of the bankers, a policy supported by the Conservatives in opposition.

“The banks’ actions in pouring billions of pounds into risky and complex investments came unstuck and left tax payers and elected governments with a mess to clear up.  This cost the UK £850 billion, a recession where we lost 6% of national output, two and half million unemployed, pay freezes, inflation rising and where taxation revenues fell suddenly.

“Unions had warned of the dangers of under-regulated financial sector and the banks now need regulating so it doesn’t happen again.  This is also the view of Mervyn King, the Governor of the Bank of England.” 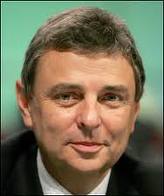 Dave Prentis General Secretary of UNISON said: “It’s clear that the Government is ideologically driven to massacre public services and bring the misery of unemployment and poverty to millions. This is a recipe for social turmoil on a scale not seen since the 80’s. A whole generation of young people betrayed, facing a bleak future.

“Local Government is particularly hard hit by the cuts. 70,000 jobs have gone in the last months of 2010 and hundreds of thousands more will follow in 2011.  This spells disaster for local communities and for people who need those services. The Big Society spin won’t pick up the pieces of broken Britain’s lost jobs and dashed hopes.

“We need a Government that will keep Britain working by investing in our economy, our services and our future.” 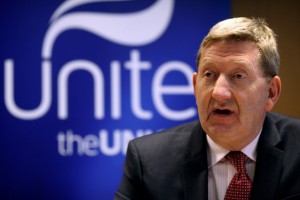 Len McCluskey, General Secretary-designate of Unite said: “It is possible to pull the UK economy out of recession without the misery of mass unemployment. This government is ripping a huge hole in the economy by contracting spending and throwing one and a half million people on the dole.  But where is the Plan B?  Where will the new jobs come from?  Certainly not from a private sector which is reeling from the global downturn.

“We know all too well how this government can swing the axe; what we need to see more of is can they actually step up to the job of creating employment. Strategic investments can reap rewards far beyond the original outlay – for instance, a £6bn investment in affordable social housing would build 100,000 new homes and create 750,000 new jobs in construction and the manufacturing supply chain.  This makes more economic sense than paying people to sit on the dole.

“Economic activism means not sitting on your hands. It is the duty of our government to actively support job creation.  Roll your sleeves up, support investment, unlock the capital funds held in the banks and start creating the jobs needed to replace the million or so you have destroyed.”

The three unions will be taking the message about the truth about the deficit and the Conservative-led government’s approach to its members in the coming weeks, focusing on:

Good education for all: