Trade unions must be represented in Brexit negotiations 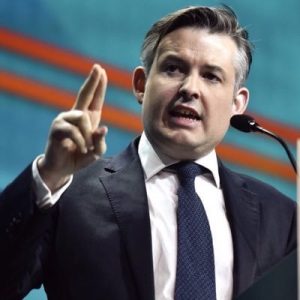 Many Labour politicians will head to Brighton this week to meet up with trade union colleagues and take part in the debates at this year’s annual meeting of the TUC. Brexit and what that that means for growth, workplace rights and the future prosperity of the country will no doubt feature heavily in those discussions. Rightly so.

The June result sent shockwaves through the body politic with hitherto solid certainties melting into the air. In the hours following the outcome the absence of a ‘Plan B’ became all too clear. Three months later Theresa May’s government are still like rabbits in headlights incapable of offering any certainty or reassurance. The lack of leadership is startling given Brexit will shape the decisions of every government department, set the contours of the next general election debate, and define the legacy of this prime minister and probably the next one. The lack of a plan is hugely worrying for trade union members thinking about jobs and prospects for their children and grandchildren.

In contrast to this lack of clarity, our shadow foreign secretary Emily Thornberry and shadow trade secretary Barry Gardner are ensuring the Labour Party develop a progressive response to Brexit. We won’t allow Theresa May to get away with proposing a narrow Tory Brexit plan. With that in mind, I’m now calling for the government to open up the discussions about their negotiating platform to a wider audience including industry, civil society and the trade unions.

As a Midlands MP I am proud of the great manufacturing base across the region. We make goods in productive, unionised workshops and sell them to the world. Membership of the single market is vital for the prosperity of our region. Midlands industry and trade unions must be given a seat at the table and be formally consulted on our Brexit negotiations. After decades of deindustrialization, quite simply we will not tolerate a deal that doesn’t make UK manufacturing a priority.

Talking to trade union members this week, many fear the needs of the City of London through ‘passporting rights’ into Europe will be traded in exchange for tariffs or other barriers for manufacturing.  Many consider the Canadian free trade deal with the European Union as setting a precedent for such a ‘devil’s bargain.’

Crucially the government therefore needs to offer certainty. Take the automotive sector which is export reliant, mass market producers operating rolling production lines at very tight margins. They are all making decisions about production of vehicles for the future. Threats of tariffs will only lead to an investment freeze. What’s more many manufacturing firms will also be hit by an end to European investment.

For example, Nissan received £189 million from the European Investment Bank a few years ago. These firms and the thousands of workers employed by them need a clear signal from the government both on how such funding will be provided in the future and of course on tariffs. Currently Theresa May is letting down working people by leaving the question of our trade links in Europe in doubt.

Finally a cabinet made up of Boris Johnson, David Davis and the disgraced Liam Fox offers no comfort to trade unionists who have fought over many years for basic rights and standards in the workplace. EU laws on Protection of Employment (TUPE), the Working Time Directive, parental leave, European works councils all underpin employee rights in the UK. Brexit must not be an excuse to diminish any of them.

A government that now tries to boast it is on the side of ‘ordinary working class people’ (while ignoring the explosion of zero hours contracts and the snail’s pace of wage growth these last six years – but let’s leave for that now) should seriously engage with those trade unions such as Unite calling for all existing standards and labour laws to be ‘grandfathered’ across into UK law at the point of Brexit.

So with the TUC meeting in Brighton this week it would be a good opportunity for the government to indicate they will fully engage with trade unions in a proper discussion on how we negotiate withdrawal. Given the divisions in the country, what happens next cannot just be in the hands of Theresa May, Liam Fox and David Davis