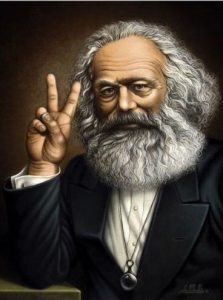 150 years ago today – on September 3rd, 1866 – the First Congress of the International Workingmen’s Association convened in Geneva, Switzerland. Karl Marx, who was unable to attend, wrote the following lines on the future of the trade union movement in his instructions for the delegates:

“Apart from their original purposes, [the trade unions] must now learn to act deliberately as organising centres of the working class in the broad interest of its complete emancipation. They must aid every social and political movement tending in that direction. Considering themselves and acting as the champions and representatives of the whole working class, they cannot fail to enlist the non-society men into their ranks.

“They must look carefully after the interests of the worst paid trades, such as the agricultural labourers, rendered powerless by exceptional circumstances.

“They must convince the world at large that their efforts, far from being narrow — and selfish, aim at the emancipation of the downtrodden millions.”

Still words to live by.

Thanks to Ben Davis of the United Steelworkers.