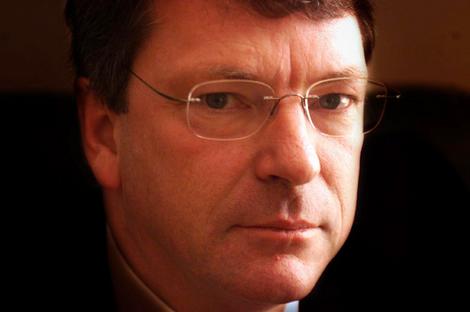 Crosby, a right wing ideologist, is the master of “dog whistle politics” playing on social division and prejudice. He worked on the Tory campaign when Michael “I’m Not Going To Hurt You” Howard (see Rory Bremner!) was the Tory leader and more recently he ran Boris Johnson’s London Mayor Campaign.

Despite the Tories trying to shed their ‘Nasty Party” image, this panic measure, has been urged on them by a gaggle of extreme right wingers, xenophobes and anti-Europeans in their party – spooked by the rise of the nutters in UKIP and it has already begun to  backfire.

Today’s Mail On Sunday (usually totally loyal to the Conservatives), carries a front page lead on Crosby’s “foul mouthed rant” (previously the sole preserve of ex Cheif Whip Andrew Mitchell) to Boris Johnson about “not worrying about ******* Muslims”. Something he says he can’t recall saying.

This will now dog Cameron in marginal constituencies and every time they refer to Team GB Muslim Olympian’s success to help their campaigns.

In a superb blog on Hope Not Hate, Nick Lowles exposes Crosby and the panic now spreading in to the Tory Party.

“So the Conservative Party have appointed Lynton Crosby to run their next election campaign and obviously hope he can reverse the party’s current fortunes. He certainly has a track record of winning elections, but at what cost?

Crosby is known at pushing populist issues around immigration and crime and creating ‘wedge’ issues to differentiate political parties and split the opposition. In Australia, where he is from, Crosby masterminded John Howard’s numerous election victories but often by running what many considered were racist and inflammatory campaigns. In the 2001 Australian General Election Howard’s government ministers falsely claimed that seafaring asylum seekers had thrown children overboard in a presumed ploy to secure rescue and passage to Australia, and Howard, in the final days of the campaign, launched a slogan that later grew notorious: “We decide who will come into this country.”

This was similar to Michael Howard’s “Are you thinking what we are thinking?” campaign slogan in the 2005 General Election, and which included a series of posters, billboards, TV commercials and direct mail pieces with messages like “It’s not racist to impose limits on immigration” and “how would you feel if a bloke on early release attacked your daughter?”focused on hot-button issues like dirty hospitals, landgrabs by “gypsies” and restraints on police behaviour.

Crosby was once again advising.

However, new allegations have been raised over his behaviour during the recent London Mayoral elections, where he advised Boris Johnson. According to reports in the Daily Mail, “Mr Crosby said Mr Johnson should concentrate on traditional Tory voters instead of ‘f****** Muslims’. The source added: ‘He definitely used that phrase’ and said: ‘Lynton’s view was that chasing the Muslim vote and other ethnic groups was a waste of time – and he frequently expressed himself in very strong terms. Some people found it very offensive.’”

Mr Crosby’s outburst came earlier this year as Mr Johnson’s aides discussed whether to devote more attention to wooing the ethnic minority vote in his battle with Labour’s Ken Livingstone.

Conveniently, there appears to be collective amnesia on this as both Crosby and Johnson, when pressed, cannot remember these words being used. However, their choice of words is as close to an admission as one can get without admitting it as this claim would have been fiercely denied if it had not been said.

But there is a wider issue here. For several years David Cameron has been trying to rid the party of its ‘nasty’ image – an image created partly by Crosby himself. With the Conservatives slipping in the polls and the Government in apparent disarray this is obviously of secondary importance to winning the next election.

Crosby’s appointment also represents a victory for hardliners within the Conservative Party, some of whom are annoyed at the liberal drift within the political leadership and growing concern over the rise of UKIP and its ability to do to the Tories what the BNP did to Labour.

Given Crosby’s track record, his hiring will also probably result in the abandoning of a strategy which has been devised by Conservative Party Central Office over the past twelve months to appeal to minority communities. This was motivated by a desire to demonstrate its more moderate, centrist face but also a realisation that it is unlikely to win a majority after the next General Election without increased support from particularly the British Asian communities.

Indeed, it has drawn up a list of 15 constituencies across England where the votes of minority communities are essential to the Conservatives winning. All are currently held by Labour and CCO believe that without victories in these constituencies an overall election victory is unlikely.

Crosby’s appointment will not make this job any easier. Indeed, if past performance is anything to go by he perhaps thinks that the Conservatives can simply appeal to their base with strong talk on law and order, immigration and Europe and stop the haemorrhaging of votes to UKIP and they will squeeze back in. Of course it is a strategy that might well work but society will be a worse place for it. And – significantly – the Conservatives will once again earn the title of the Nasty Party.

Comments from Crosby like “f***ing Muslims” are likely to haunt David Cameron but he will only have himself to blame”.

This entry was posted in Blogs, Labour Party, Media, Politics. Bookmark the permalink.