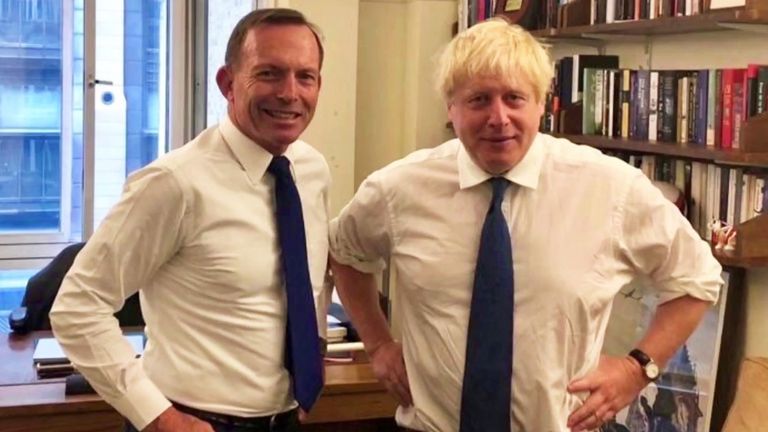 Andrew Dettmar President of the AMWU in Australia sent me this about the UK’s new ‘joint president of the Board of Trade’ former Aussie PM Tony Abbott – supposed trade negotiator supreme – dumped by his own party and his constituents – now another addition to ‘Team Johnson’.

Andrew (who has said its ok to publish this) has this to say about  Abbott and the demise of the Australian car industry:

The senior management of Holden wasn’t even given the courtesy of a phone call when Joe Hockey announced o the Australian parliament the Govenment’s refusal to help.

It gave rise to Joe Hockey’s infamous ‘lifters & leaners’ speech (he described Australian’s as being divided into two groups: “lifters” and “leaners”). The policy pretty much removed all industry support for manufacturing early in Abbott’s mercifully brief reign.

It didn’t affect the support mining, agriculture & the banks received mind you!

This was a disgraceful abandonment of workers and the bipartisan support of advanced manufacturing which Australia had enjoyed since WWII.”