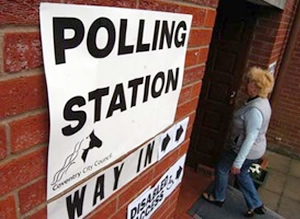 Last week the Guardian reported that Nick Clegg, deputy prime minister, was considering making a u-turn on UK voter registration. The proposal being made is that the coalition would make it easier for people ‘not to register to vote’.

PICA government white paper proposed that as part of a move from household to individual voter registration from 2014, voters would no longer be required to co-operate with the electoral registration officer whose duty it is to compile the annual register. In the UK at present, voters maybe subjected to fines or warning letters for not registering.

The proposal could disenfranchise 3 million mainly working-class people, students and people from ethnic minorities who are not registered. The Electoral Commission, supported by psephologists, the Labour opposition and electoral registration officers has warned as many as a third of voters falling off the register.

Clegg now says he was “minded to change these provisions when we bring forward the final proposal”.

The question is why was the proposal brought forward in the first place? Constitutional affairs minister, Mark Harper, waffled that the proposal was made to help people who just wanted to be “left alone”, and also to allow the electoral registration officer to get on with his job!

The reality is that this is a clear piece of gerrymandering by keeping people off the electoral role creating a right wing hegemony.

Make no mistake, the Conservatives are taking a leaf out of the US right-wing’s playbook. Whilst not in the same league – as yet anyway – it is worth taking a look at what is currently happening in the USA where right-wing state legislators and governors are setting out to reduce the franchise, by eliminating millions of potential Democrat voters. We would be well advised to take note.

In the USA right-wing state governments have enacted so many new laws it is difficult to keep a full analysis.

However a study by the Brennan Centre For Justice (based at the New York School of Law) shows that of the 19 laws and two executive actions passed in 14 US states, the new laws could make it significantly harder for more than five million eligible voters to cast their votes in the 2012 US presidential election. The states that have already changed voting rights will provide 171 electoral votes in 2012 – 63 percent of the 270, which are needed to win the US presidency.

These changes affect predominantly retired people, the young, ethnic minorities, low-income families and those with disabilities.

States making the changes say that they have done so to “prevent fraud”, “to ease administrative burdens” and “to save money”.

Nine states have introduced bills to reduce early voting periods, and four tried to reduce absentee voting opportunities. Florida, Georgia, Ohio, Tennessee and West Virginia succeeded in enacting bills reducing early voting whilst two states – Florida and Iowa – reversed laws which made it easier for citizens with past convictions to restore their voting rights, affecting hundreds of thousands of voters.

Even the non-partisan and highly respected League Of Women Voters – founded in 1920 – says these new laws make it impossible, in Florida in this instance, for it to carry out one of its core missions: registering new voters.

As the links between extreme right wing republicans and other groups and the Conservatives begin to be more exposed (as the Observer did in its October 16th issue) we should take note here in the UK.

Simply “leaving people alone” could be another step in building a right wing hegemony here in the UK as well.