Tell The UN To Respect Its Workers! 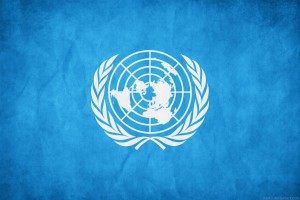 The United Nation’s central administration has decided to unilaterally adopt a labour-relations policy which rolls back hard-won collective negotiating rights for its staff representatives worldwide.

At a time when collective bargaining and negotiating rights are under attack around the world, the UN is sending the wrong signal.

You can tell UN Secretary General Ban Ki Moon to ensure that the United Nations to respect its workers by extending to them the rights enshrined the fundamental conventions of the International Labour Organisation by clicking here and signing the petition.

You can read Frances O’Grady’s (TUC General Secretary) to the United Nations and also the UN’s appalling reply by the UN by clicking here. Feel free to paste this on your blogsites, Facebook pages and Twitter.

Also read the TUC’s Owen Tudor on the UN’s disgraceful attack on its staff. Click here.