Think of a charity and what image do you see? Dedicated staff, caring, committed and skilled people dealing with all sorts of human problems. Despite the caring image -backed up by the support of the establishment some (and I stress some) charities treat their staff abysmally and have no real knowledge of how to deal with serious industrial relations issues either. So they continue to believe that their staff will not stand up for themselves – until its too late.

A good example is the homeless charity for young people, Centrepoint which has been was urged to enter into talks with Unite, after the majority of members voted overwhelmingly to strike in a dispute over staff losing thousands of pounds a year in pay. Unite has even asked the conciliation service, Acas to step in but managers are intent on imposing pay cuts which could see some of the more than 100 staff losing thousands of pounds, while top executives will have their pay ring-fenced from cuts.

Centrepoint which was founded by the Rev. Kenneth Leech, a Christian socialist priest, who made a significant contribution working with homeless young people. He set up the charity’s first shelter in a Soho church in 1969.

Unite’s members at Centrepoint voted by 70 per cent to 30 per cent for strike action at the charity and members will meet on early next week to decide strike dates. 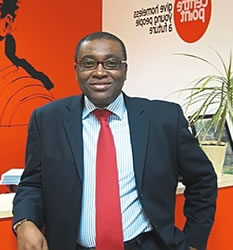 What makes the Centrepoint dispute different is that its patron is Prince William. Centrepoint also hit the headlines this year when its chief executive Seyi Obakin left important pay negotiations to join a junket with Duke and Duchess of Cambridge on their visit to the USA. Unite described Mr Obakin’s trip as ‘an unnecessary sycophantic jaunt’.

Unite’s Matt Smith said: ‘There is a clear mandate supporting the view that our members are not prepared to accept that the lowest paid frontline staff should take savage pay cuts, while the senior management keep their pay at the same level.’‘

Matt Smith called on the senior management to get back round the table to resolve the dispute: ‘We hope the board will intervene and bring this iconic charity back from the brink of disaster. We need to prevent this charity from carrying out the cruellest of ironies – cutting our members’ pay by so much it could potentially force them to join the very homeless that they do so much to help. The management is being completely unreasonable and putting the future of the charity at major risk.’