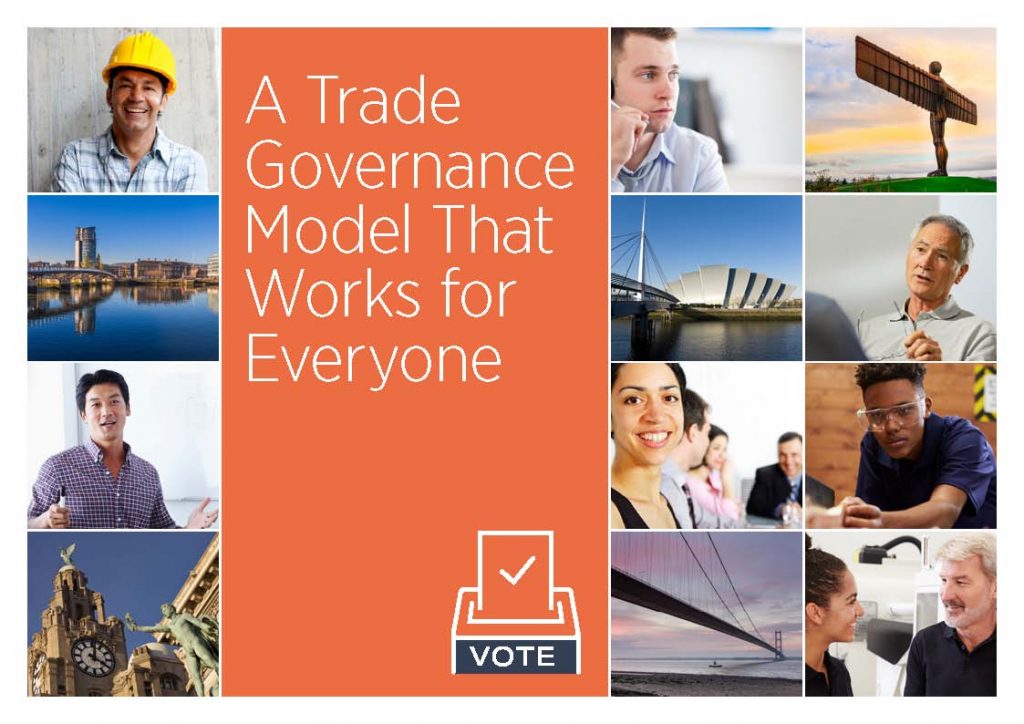 Good evening and thanks for the inviation to speak this evening.

Unite and the TUC has worked with all of the bodies who took part in the work of publishing the document A Trade Governance Model Thats Works For Everyone and agreed a text that covers the main points we would wish to make on trade and it is important to make clear that as Unite we are not against trade or trade agreements.

Hundreds of thousands of our members’ jobs notably in manufacturing are directly linked to trade within Europe and across the world.

Trade has the potential to deliver not just economic benefits. It should also be a tool to raise everyone up to the highest possible standards.

Trade can only do this if it is organised and controlled in a way that reflects our values.And this is not happening at the moment.

That is why we were active in the campaigns against TTIP, CETA and are now concenred about the EU and Mexico trade deal and other recently proposed agreements including TiSA and the TPP deal in the South Asian and Pacific countries.

The Uk, when we leave the EU has to negotiate a significiant number of trade agreements. No matter what Dr. Liam Fox says, they will not be rolled over or ‘cut and pasted’ but what is clear is that if, following whatever form of Brexit we finally end up with, the UK is negotiating and signing its own trade agreements, there will have to be a fundamental change in approach if there is not going to be major public opposition.

That is why we were very pleased to collaborate on the document that is being launched today.

The first step to developing a trade policy that works for all is transparency. It is not good enough for trade agreements that will affect millions of people to be agreed in closed rooms.

Transparency in the development of negotiating mandates and in the negotiation process itself will not only build trust and confidence in the process but will deliver better agreements.

If we just look at the expertise contained within the organisations that are supporting this document – why would any government want to exclude them, and other members of civil society, in the process?

Another issue that Unite, and indeed the whole trade union movement have been arguing for many years, is that we need to take a much broader view of the impact of potential trade agreements before we decide whether or not they are in the best interests of the country.

Trade agreements that in a perfect economic model suggest a small economic benefit – but that in real life threaten public services, lead to reductions in environmental and labour rights, cost jobs or lead to heightened regional or gender inequalities- are not good trade agreements.

All of them will tell you the stories of the cost that working people have had to pay for NAFTA. I was in mexico last week and the effect of NAFTA on working people and there communities has been a disaster – the same for the uS and Canadian workers.

The UK can and must do better. We often hear statements being made about how the UK will play a leading role in global trade.

Our view is that a leading role cannot just be about signing more and more agreements – but should be about setting an example that trade can, and must be done differently.

Unite will continue to campaign for trade to be a force for good for the many and not the few.

But where trade agreements do not uphold these values then we cannot and will not support them.

Unfortunately we have yet to see anything from the government that gives us confidence that any vision they have for the UK’s future trade policy matches our own.

Although they have published so little detail about what their future trade policy will look like that it is sometimes hard to make conclusions!

But we are clear.

Unite will continue to campaign for bad agreements to be stopped.

But there is a chance to start again.

To build a democratic sustainable framework for global trade where the needs of people and communities are put first.

Then we can have trade that we really can support!

I am sure that there will be some aspects of trade policy where we will disagree with colleagues who have been involved with this paper.

But it is hugely encouraging that so many organisations are willing to support these fundamental principles and we hope that government takes notice.