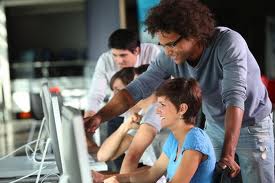 A recent report, published by the UK Commission for Employment and Skills (UKCES), says that a fifth of job vacancies in manufacturing firms in the Midlands and the North West of England remain unfilled because of a lack of skilled and suitable candidates.

UKCES canvassed 74,000 companies in England in preparation of its Employer Skills Survey 2011, which has only recently been published.

The survey revealed that the problem of ‘skills shortage vacancies’ has got worse in mid-sized firms and recommends that the government should act to help them.

The report found that, while most jobs could be filled quickly, where skills shortages did occur, they sometimes caused significant difficulty to the firms concerned.

Nine out of ten medium sized firms say that they are struggling to find suitable skilled candidates for some key jobs and some say that this may stop them from expanding. Some economists say if these small and medium sized companies cannot get the skilled staff they need, they will not be able to play their part in the hoped for economic recovery.

Neil McLean, a commissioner at the UKCES said ‘There are worrying signs that the country is experiencing a skills ‘squeezed middle’, with a core nucleus of hungry, medium-sized firms finding it difficult to employ staff with the skills they need.’

Despite various recent government initiatives to boost the number of apprentices many young people going into employment were dubbed “apprentices” but were in effect working in low grade training programmes that provided limited training over a limited period.

Unite argues that there is now an urgent need for companies to recognise the looming problem. Companies who can’t get skilled workers will fall by the wayside as they try to take advantage of any upturn because they don’t have sufficient skilled staff to drive forward.

We have argued that there need to be an overhaul of the current UK system in favour of a similar system to that of Germany, which provides a steady stream of a skilled apprentices through its Dual Vocational System, especially to medium sized manufacturing companies.

The system is explained and was advocated in a study of German manufacturing compared with the UK called ‘German Lessons’ published by the TUC and supported by Unite and the German union IG Metall.