Pfizer closure – when did the government know? 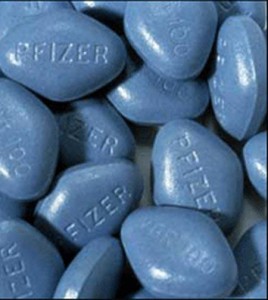 In a fascinating piece, Louise Stewart of the BBC asks the question: “Just when did David Cameron find out about Pfizer?”

This of course refers to the shock announcement by the global pharmaceutical corporation Pfizer who called its entire 2400 strong workforce to a meeting in a local town hall in Kent and them that they would lose their jobs.

This is what Louise Stewart says in her blog”: They say a week is a long time in politics but what a difference a month makes. Just four weeks ago David Cameron was praising companies like Pfizer – saying how important the large pharmaceutical businesses are to growing the economy and how he was encouraging them to invest here.

He told an audience in Manchester on 6th January that: “The pharmaceutical industry is already a huge strength in our economic armoury, but we can’t be complacent about that.”

And he said they were introducing a 10% tax rate on patent income to encourage companies to invest and to employ scientists here.

He also said: “I have personally been on the phone to some of the biggest pharmaceutical companies, like Amgen, like Pfizer, to encourage them to do just that.”

The only conclusion to be drawn is that just a matter of weeks ago the Prime Minister had no idea that Pfizer – exactly the kind of multi-national company he thinks is crucial to growing the economy – was preparing to pull out of its operation in Kent.

The Universities and Skills Minister David Willetts, who is heading up a taskforce looking into Pfizer’s closure, has revealed that David Cameron first heard about the closure last Friday.

That was still days before the Unite union, which says it found out only an hour before the news was announced on the New York stock market.

The Shadow Business Secretary John Denham says it’s embarrassing that the Prime Minister wasn’t even consulted by the company about their plans.

And he also says it proves that ministers are failing to come up with strategies to attract big firms to the UK.

The Government insists this was not a decision linked to coalition policy but one taken by a global company on a business case.

In fairness there is little the Government could have done – when Labour were in power and Kraft took over Cadburys with hundreds of job losses they too faced heavy criticism for not doing more.

But there’s no doubt that the decision for Pfizer is a blow not only to those employed in Sandwich but also to the Government’s plans for private companies to grow and invest boosting the UK’s economy”.

The Cadbury/Kraft issue is different. It was a take over where Kraft reneged on guarantees about closures – Pfizer is a complete closure for no other reason than “business”.

Here we have a global company taking a decision, putting 2400 skilled scientific workers on the dole – without any pre consultation, not just with the government but also with its own workforce.

Unite national secretary, Linda McCulloch, was dead right when she said: “Weak employment legislation is to blame for Pfizer’s sudden decision to close its world class site in Kent. Elsewhere in Europe Pfizer would have been required to meet with the workforce well in advance of such an announcement? It seems once again British workers have been dumped by a multinational company without good reason”.

“We want to know why the company found it necessary to make a sudden announcement without proper consultation with the workforce and what communication they had with the government. The closure is disastrous for UK science and the hand wringing from Vince Cable and science minister David Willets is a poor disguise for doing nothing. The UK is a world leader in scientific research and to just accept the closure, as a corporate decision is not good enough. If the government wants economic growth it has to make it happen. Unfortunately, the Tory-led government wants to make it even easier to hire and fire workers by reducing workers’ protection from unfair dismissal.”

Pfizer could not have done this in Germany or other EU countries – employee’s rights to be consulted in good time and with a view to finding alternatives on such a massive issue are legal rights. If this had been in France it is doubtful if the management would have been able to get out of the town hall.

The Information & Consultation Directive was watered down by the Labour Government (sad to say) against the advice of the TUC and unions – and this is the result.

The decision really does highlight the weakness of UK employment laws – and the Con-Dems want to restrict things further.

This is also another blow for “H Bomb” Cable, who’s department recently issued an “Employers Charter” which was been roundly condemned and now Pfizer pull out of the UK, and it would appear he didn’t know in advance (or in good time) – but then neither did 2400 skilled workers.