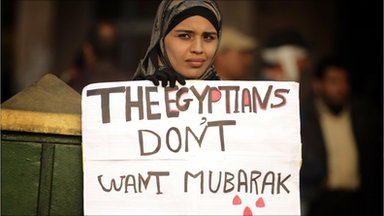 The International Trades Union Confederation (ITUC) has demanded that Egyptian President Hosni Mubarak stops the escalating violence being organised by his regime against peaceful demonstrators, including women and children, who are continuing to demand fundamental democratic change.

With UN Secretary General Ban Ki-moon condemning the violence and calling for a peaceful transition and offering UN support to this end, ITUC General Secretary Sharan Burrow said “The Egyptian President and Government must listen to the legitimate demands of the massive number of peaceful demonstrators. These people represent the wide spectrum of Egyptian society, including the independent trade unions, and the repression against them is totally unacceptable. The authorities must put in place the measures necessary to ensure a peaceful transition to genuine democracy without any further delay.”

The ITUC condemns the instruction given by the regime to employees of the government and state enterprises to join the violence against those seeking change, as well as the dismissal of employees who have joined the peaceful protest movement.

The ITUC is calling on its affiliates worldwide to intervene with their governments to press the Egyptian regime to put an end to the grave violations of the rights to free speech and peaceful assembly. It further insists that those responsible for the violence must not go unpunished.

The desire by Egyptian workers to have their own voices through their unions played a key role in laying the groundwork for the protests, says Samer Shehata, a professor at Georgetown University. In an interview with Laura Flanders at GRITtv, Shehata says that although workers are not leading the current protests, they set the stage with a tsunami of economic and labor protests beginning in 2004.

If Egypt becomes a democracy in the future, Shehata says he believes workers will play a large role. The strong involvement of unions in the protests is evidenced, he says, by the huge protests taking place in areas with large numbers of workers.

Abbas is general coordinator of the Center for Trade Union and Workers Services (CTUWS) and Eita heads the Real Estate Tax Authority Workers (RETA) the first independent union in Egypt in more than 50 years. The Egyptian government has not formally recognized RETA but has ignored its application for recognition.