‘No work today’: My life on zero-hour contracts 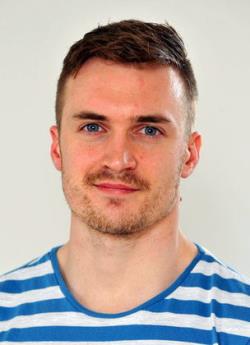 Written by Mark McKay,  first published in the Burton Mail

Earlier this week the Mail reported that almost half of workers on zero-hour contacts had been sent home without pay after being told ‘no work today’.

Having been employed on a zero-hours contract several times in my life it is situation I can sympathise with.

For those who don’t know, zero-hour contracts are often used by employment agencies to recruit a more than enough workers for large companies on a lower wage than regular company staff.

Workers on these contracts are not guaranteed set hours and face a life of uncertainty over whether they will get work, and pay, from one day to the next.

To be fair, my first experience of working on a zero-hour contract, when I was aged 20, was not that bad.

But be under no illusion, it was not glamorous work; I was putting boxes into boxes for eight hours a day.

The hours, though not-guaranteed, were regular and, I lived at home so the money was mostly mine to spend as I wished.

But it wasn’t to last. I remember the afternoon I arrived for the start of the shift.

While waiting with the other workers by the clocking-in machine for the shift to start rumours started to spread that we were all to be sent home.

Instead of us being told what section we had to work we were simply ignored. In the end, people just started to leave.

I stuck about and three hours later was told there would be no more work. That was it. Job gone.

It was a similar story when I worked in another factory during my Easter and summer breaks from university. I would sign up with the agency but shifts would dry up after a few weeks.

In the summer after I graduated and before I started my postgraduate course I again found work at a factory in Burton.

Maybe it was because I had grown up a little, but seeing the stress and worry on other worker’s faces after hearing the all-too regular ‘no work today’ really brought home what these words meant for other workers.

These were people with bills to pay and families to support trapped in a vicious cycle of uncertainty about not knowing whether they could afford to buy food that week. It sickened me then and it sickens me now.

What’s more, workers on these contracts are unable to claim Jobseeker’s Allowance, even if they haven’t had work.

This then begs the questions of just how reliable employment figures are?

And heralding a five-year-low in unemployment simply does not wash if thousands classed as ‘in work’ go home empty handed week after week.