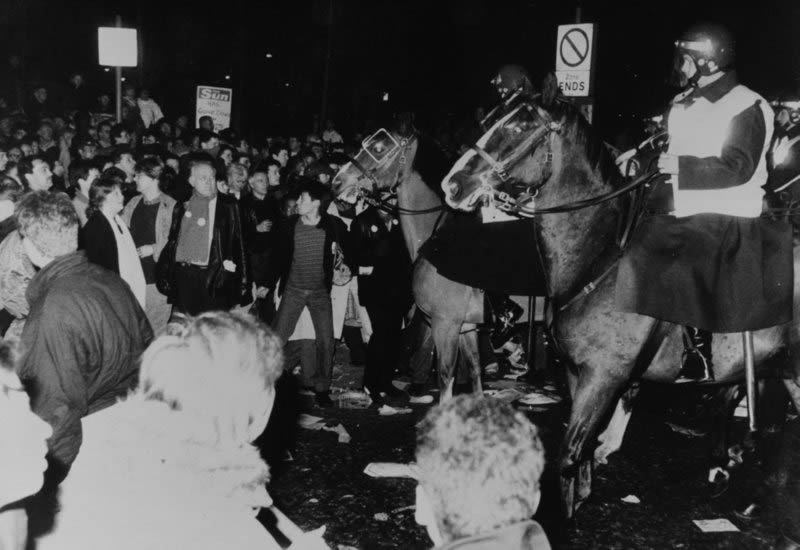 During the past week I have been asked by the media and many activists about trade union membership at News International. The print unions (NGA, SOGAT and NUJ) do not have recognition at NI – and this excellent article by Carolyn Jones of the Institute of Employment Rights sets out how Murdoch was able to secure an in house union called NISA. The article was written in 2001 but gives the background as to why it has been almost impossible for GPMU, Amicus or Unite and the NUJ to organise at print plants owned by NI.

Not so Nice for NISA
On 18 May 2001 the Certification Officer handed down a monumentally important decision. He decided that the News International Staff Association is not an independent trade union and refused its application for a certificate of independence. As might be expected that decision has not been widely reported in the press. But it does nevertheless have implications for the recognition procedures under the Employment Relations Act 1999, and raised a number of difficult questions about some of the emerging loopholes in that procedure.

The only way out of this extraordinary state of affairs is even more extraordinary. A worker must apply to the CAC to have the dependent union derecognised, and must give notice of the application to the employer. The application will be admissible only if supported by at least 10 per cent of the workers in the existing bargaining unit, and if the CAC is persuaded that a majority of the workers in the unit are likely to support the derecognition of the employer dependent union. If it is admissible, the worker and the employer are supposed to try to reach an agreement on the application, failing which a ballot will be held.

If a ballot is held, both the employer and his or her dependent union will have a right of access to the workforce; neither the worker who initiated the ballot nor any interested trade union will have a similar right. And where a ballot is held, it will be necessary to secure a majority in favour of derecognising the employer-dependent union, as well as the support of at least 40 per cent of those eligible to vote. Nevertheless it is possible that a workforce might vote out an employer-dependent union, which is why it is important for any such body to obtain a certificate of independence from the Certification Officer.

A certificate of independence is a sort of insurance policy, in the sense that it is not possible to use the statutory derecognition procedure where the employer has voluntarily recognised an independent trade union. The Act says so very clearly: an application for derecognition “is not admissible if the CAC is satisfied that any of the unions [to which the application relates] has a certificate that it is independent”. This is so even though the independent trade union was created by the employer, and previously dependent on the employer and even though it is not the union of choice of all the workforce.

The News International Staff Association
The News International Staff Association (NISA) has its ‘¬origins in the mid 1980s when the company set up a Human Resources Committee at its different plants. The members of the Committee were appointed by management, though from 1989 space was provided for elected members. In 1995 the Human Resources Committee was abandoned and replaced with the Employees’ Consultative Council, which metamorphosed in turn to become NISA. Membership is automatically granted to every employee of News International, who must opt out if they do not wish to be in membership, but who are not required to pay any subscriptions if they choose to remain in membership.

The trade union legislation says that a trade union is independent only if it is “not under the domination or control” of the employer, or if it is “not liable to interference by an employer” tending towards control. The interference could be by way of financial or material support, or any other kind of support. As a result of the decisions of the courts in the 1970s especially, and the practices of his office, the CO has developed six criteria to help him decide whether a particular organisation is an independent trade union or not. These are its (i) history; (ii) membership base; (iii) organisation and structure; (iv) finances; (v) dependence on facilities provided by the employer; and (vi) negotiating record.

Applying these criteria, NISA was held not to be an independent trade union. Until very recently, meetings of its executive were “co-ordinated, attended and minuted by members of News International Human Resources Department”; and the company in the past had been “involved in both the provision and funding of training for NISA officials and representatives”. It has no membership subscriptions or income, with the result that it was “dependent on the employer for meeting any costs incurred in the course of [its] activities”. Nor was there even “any list of members available to NISA”, so that “any mailings to the membership had to be undertaken by the employer”.

In concluding that NISA was not independent, the CO found that recent changes to its constitution and operating practices meant that it was no longer under the “domination or control” of the employer. But it had still some way to go before it could be said not to be “liable to interference” by the employer. Weighing “the strength of the employers, the pressures they could bring against the staff association and the facilities they could withdraw”, against “the membership base, structures and financial resources” of NISA the CO found that it had not yet reached the stage where it was able to satisfy the statutory definition of independence. Its vulnerability to interference was “not insignificant”.

The implications of the decision
The way is now open for workers at News International to seek the derecognition of NISA. But the obstacles should not be underestimated. They will have to seek the derecognition of the entire collective bargaining arrangements in each of the companies: it will not be possible to cherry pick in areas where there is not committed support for the dependent union. Only if the existing workforce is able to secure the derecognition of NISA will it then be possible for independent trade unions to move in. Given the history of relations at News International, it cannot be presumed that a recognition drive would be a picnic.

The question which arises from all of this is simple: why should a union be prohibited from bringing an application for recognition under the statutory procedure, simply because there is already a recognition agreement with a dependent trade union created by the employer, in some cases perhaps deliberately to defeat any recognition claim by an independent trade union? It significantly diminishes what ought to be flagship legislation that an application can be blocked in this way, and that Q worker not only must initiate proceedings for derecognition, but also inform the employer of his or her intention to do so.

It ought to be the case that the presence of a non¬independent trade union should be ignored, and the position treated as if there were no recognised union at all. This would allow an independent union to bring an application without the circus of first having the dependent union derecognised. Such an approach would also have the merit of bringing the recognition procedure more fully into line with ILO Convention 98, with which it is conspicuously in breach. Not of course that anyone cares: ILO Conventions have become an embarrassment, to be treated with contempt, and to be adhered to only when expedient to do so.

So why does the procedure breach Convention 98? Quite simply because article 2 requires steps to be taken to prohibit acts of anti-union interference by employers – such as the control or domination of workers’ organisations. It is not enough to deny these organisations the right to bring an application for statutory recognition. They should have no rights at all. Yet under our system they can block an application by another union, and they have privileged rights of access to the workforce during a derecognition application. It is time this was changed, before the ILO reminds us yet again of our legal obligations.

ILO CONVENTION 98: ARTICLE 2
• Workers’ and employers’ organisations shall enjoy adequate protection against any acts of interference by each other or each other’s agents or members in their establishment, functioning or administration.