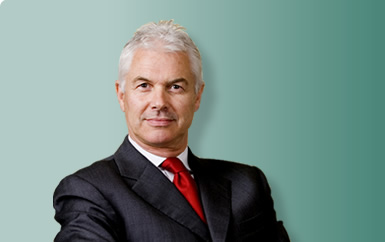 His speech was recently published by the IER in their e-bulletin. Thanks to Carolyn Jones at the IER for permission to re-publish it here.

“President, Delegates: I would like to thank you for inviting Professor Ewing and I from the Institute of Employment Rights to address you. We are very proud of the work IER has done with GMB and of the support that the GMBhas given to the IER over the years.

I want to speak to you about the right to strike. But first, having heard Mr Cable this morning I would like to say something about his government’s proposals to reduce workers’ rights, a matter considered in your composite motion 6. Mr Cable told you that these changes were both necessary and proportionate but he did not explain how he came to that conclusion. I will try to make his case for him and you can judge whether these changes are necessary and proportionate.

First let’s remind ourselves of just some of what the government is proposing on workers’ rights:

Speedier procedures to strike out claims;

Fees to be payable to lodge a claim;

Wing members in employment tribunals to be dispensed with in most cases;

Compensation awards in discrimination cases to be capped.

Let’s look at the need for just two of these changes. The latest tribunal statistics. were published in September 2010.

Unfair dismissal
The TUC estimates that extending the qualifying period by one year will exclude 3 million workers from protection at a stroke. No doubt Mr Cable argues that it is necessary and proportionate that employers should have the right to sack workers unfairly in not only their first but also their second year of employment.

It goes without saying that it is burdensome on employers to defend themselves against claims. But is the present law really so unfair to employers?

Last year there were 50,900 unfair dismissal claims. Most were settled, withdrawn, dismissed or struck out. But 10,900 proceeded to a hearing.

Compensation was ordered in 2,900 cases. There were a few big awards and many small ones. The median award was a mere £4,903!

The primary remedy for unfair dismissal is reinstatement or re-engagement. Is this where the disproportionate burden on employers is to be found? Well, last year there were no less than 6, (yes, six!) reinstatement/re-engagement orders made. That is 0.1153% of successful cases, i.e. a little over one thousandth. Or, if you prefer, slightly more than one ten thousandth of all unfair dismissal cases lodged.

To remove this miserable level of protection from 3 million workers simply cannot be regarded as proportionate.

150 successful sex discrimination cases, for which the median award was £6,275;

That means that out of the 227,000 cases disposed of by the employment tribunals last year, there were only 341 successful discrimination cases with a median award of only a few thousand pounds. Where is the justification for cutting the awards of those who have been most seriously damaged by discrimination?

But I digress. I am here to speak about the right to strike.

Right to strike – no more than a slogan
Mr Cable threatened you this morning: if you tae strike action to defend yourselves against this government’s attack on working class people, he will tighten the laws against strikes. If you are all good boys and girls he will leave you with the luxurious right to strike (a “fundamental principle” he called it) bequeathed to you by 13 years of Labour government.

Let me describe our present right to strike (“no more than a mere slogan” as one Court of Appeal judge described it):

For the individual worker: all forms of industrial action (including working strictly to contract and banning voluntary overtime) are in fundamental breach of your contract of employment. For that you can be sued, have pay deducted (sometimes greater than the amount you would have earned), you can be disciplined, you can have non-contractual benefits withdrawn without redress, and, above all, you can be sacked. True, if you are sacked during the first 12 weeks of industrial action you can claim unfair dismissal but we have just looked at the value of that, especially the chances of reinstatement – an order with which (unlike an injunction against a trade union) the employer can refuse to comply if it is prepared to pay additional compensation.

For the trade union: Every form of industrial action called or supported by a trade union is unlawful. There is protection against some forms of unlawfulness – if the union goes through all the hoops and hurdles of ballots and notices. It is still almost impossible to call lawful industrial action, even after the Court of Appeal decision a couple of months ago in which I had the honour to represent RMT and ASLEF. There the court held that not every trivial accidental failure will lose protection from the common law.

The irony of that welcome decision will not be lost on the movers of Composite 19 since what the Court of Appeal have given us is exactly that which John McDonald’s Lawful Industrial Action (Minor Errors) Bill was intended to achieve – but there were not enough Labour MPs prepared to attend the House of Commons to get a quorum to let the Bill (supported by the TUC) go forward.

But ballots and notices are only part of the problem. Some industrial action is absolutely banned. The most important is secondary action. This means that workers with different employers cannot support each other, no matter how closely involved the workers or the employers are with each other.

The limits on the right to strike in the United Kingdom are the principal reason why unions are so severely hampered in defending not just their members but the working class generally.

Yet another UK breach of international law?
This state of affairs is not just unfair; it is in breach of international law. I speak of treaties ratified by the UK and by which it is bound. This is not just the opinion of Professor Ewing and I. This is what the judicial committees established by the treaties themselves have declared. These are decisions on the conformity of UK law with the Conventions of the International Labour Organisation, the provisions of the European Social Charter and of the International covenant on Economic, Social and Cultural Rights which guarantee the right to strike.

Let me give you a taste of the judicial language used. Last year the Council of Europe’s Committee on European Social Rights expressed itself thus:

The Committee concludes that the situation in the United Kingdom is not in conformity with Article 6(4) of the Charter on the following grounds:

• the scope for workers to defend their interests through lawful collective action is excessively circumscribed;

• the requirement to give notice to an employer of a ballot on industrial action, in addition to the strike notice that must be issued before taking action, is excessive;

• the protection of workers against dismissal when taking industrial action is insufficient.

That disgraceful situation is not enough for the government it seems. Mr Cable threatens you with the further restrictions signposted by the Raab Bill and by the CBI President in recent weeks (note how successful lobbying by vested business interests is). What they propose is that in a strike ballot not only must the union achieve a majority of those voting but a majority of the entire workforce (or at least 40% in theCBI proposal). That means that abstentions will be counted as no votes. If that requirement had been in place for the last parliamentary election most MPs would not have been elected (and the Lib Dems would have been wiped off the map).

If that proposal becomes an Act of Parliament I propose to talk to your General Secretary about a legal challenge by way of judicial review. However, before that happens I suspect that the members of this union will have an industrial response for Mr Cable.

I end by paying tribute to the fight which this union is putting up against the vindictive and vicious measures Mr Cable’s government is taking to make the working class pay for the crisis the bankers brought about.

John Hendy QC
Chairman of the Institute of Employment Rights