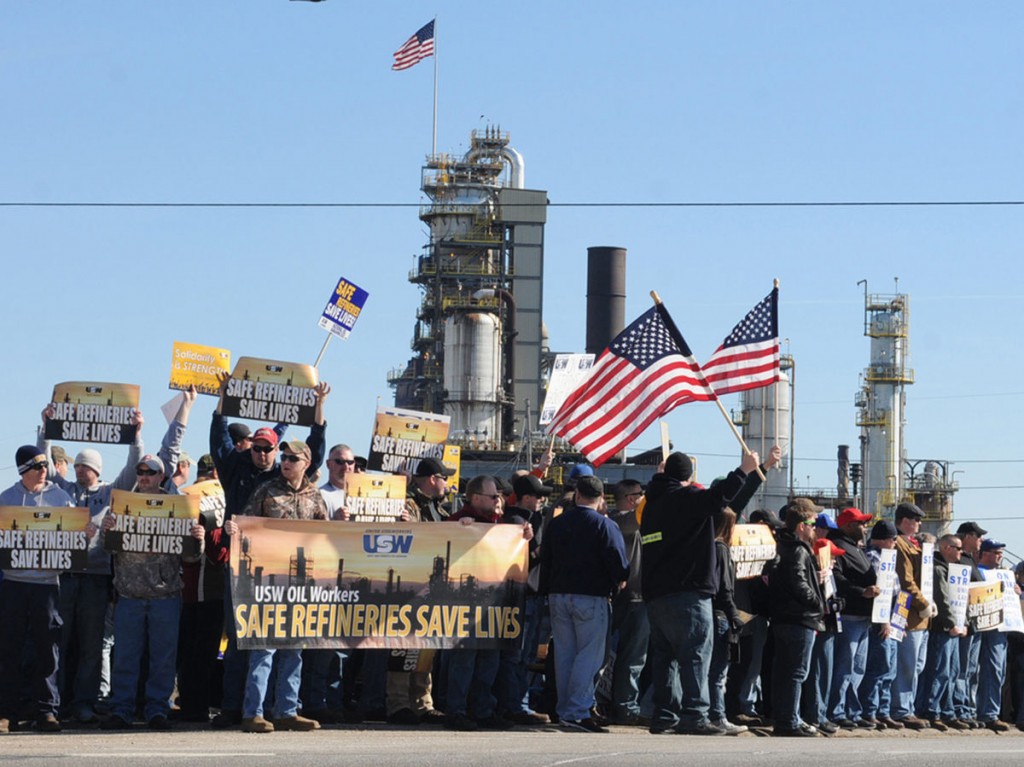 The United Steelworkers (USW) announced that it will expand its unfair labour practice strike (ULP) by launching a work stoppage at midnight at the Motiva Enterprises refinery in Port Arthur, Texas.

In addition, 24 hour strike notices were delivered at Motiva’s two Louisiana refineries in Convent and Norco as well as at the Shell Chemical plant in Norco. Capacity at these facilities is 235,000 and 238,000 (BPD).

“The industry’s refusal to meaningfully address safety issues through good faith bargaining gave us no other option but to expand our work stoppage,” said USW International President Leo W. Gerard.

Some 1,350 USW members are employed at the three refineries and the chemical plant that together have a daily capacity of 1,073,260 (BPD).

“We’re committed to reaching a settlement that works for both parties” said USW Vice President Tom Conway, “but adequate staffing levels, worker fatigue and other important safety issues must be addressed.”

“Our members are speaking loud and clear,” said Gary Beevers, USW International Vice President who oversees the union’s oil sector. “If it takes a global fight to win safe workplaces, so be it.”

The work stoppage began at midnight on February 1st. Previously, 11 facilities and 5,200 workers went out on the ULP strike.